About The Del McCoury Band.  Even among the pantheon of music’s finest artists, Del McCoury stands alone.  From the nascent sound of bluegrass that charmed hardscrabble hillbilly honkytonks, rural schoolhouse stages, and the crowning glory of the Grand Ole Opry to the present-day culture-buzz of viral videos and digital streams, Del is the living link.  On primetime and late-night television talk shows, there is Del.  From headlining sold out concerts to music festivals of all genres, including one carrying his namesake, there is Del.  Where audiences numbers in the tens of thousands, and admirers as diverse as country-rock icon Steve Earle and jam band royalty Phish count as two among hundreds, there is Del.

Almost unimaginable, McCoury’s sixth decade in a half-century of bluegrass bliss brings new triumphs, new collaborations, and new music.  With but a single change in membership in twenty seven years, the Del McCoury Band shows unprecedented stability as well as garnering the respect and admiration of the industry for its unmistakable work:  nine IBMA Entertainer of the Year trophies; in 2003, Del’s awarded membership in the cast of the legendary Grand Ole Opry; the band’s first Best Bluegrass Album Grammy award in 2005, followed by a second Grammy win in 2014 (not to mention reaching double digits in Grammy nominations).

One listen and it’s crystal clear.  There is Del.

About the Price Sisters.  Music has always had a resounding presence in the lives of twin sisters Lauren Price Napier and Leanna Price. Growing up, both of their parents sang traditional and old-time country songs. As the sisters grew up hearing duet harmony, they naturally became accustomed to singing together themselves. Lauren and Leanna were gifted instruments for their eighth birthday and began taking lessons at age nine, though they didn’t take as strong an interest in bluegrass music specifically until their mid-high school years. The girls then began attending as many festivals and workshops as possible. Both were recipients of Bill Vernon Memorial Scholarships at the Grey Fox Bluegrass Festival in 2014 and attended the annual IBMA conference for the first time that fall. In 2017, Lauren and Leanna each completed their Bachelor degrees in Traditional Music from Morehead State University.

ONE: a celebration of U2 w/ special guest Acoustic Co. 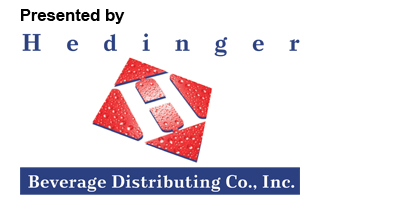 
About ONE: a Celebration of U2.  ONE is more than just a tribute to U2.  A ONE show is a celebration of the powerful music that has made U2 the world’s most successful rock band.  For well over two decades, the members of ONE have been playing music together, and their desire to bring the passionate music and visual energy of U2 has earned the band invitations to venues around the country, from New York to Michigan, from the plains of Iowa to Nashville—even a presidential inauguration in Washington, D.C.

About Acoustic Co.  Opening this special evening will be Acoustic Co., an acoustic duo performing acoustic version of the best alt rock bands of yesterday and today.

Join us on Saturday, August 21, as we welcome Creedence Revived to Lincoln City! As one of the nation's premiere Creedence Clearwater Revival tributes, the band is comprised of talented and eclectic musicians including an award-winning vocalist, a renowned blues guitarist, a studio bassist, and a world class drummer. The band pays tribute as if they wrote the catalog of music, and, in doing so, pay appropriate homage to one of the greatest American rock and roll bands ever.

An Evening with Samantha Fish


After launching her recording career in 2009, Samantha Fish quickly established herself as a rising star in the contemporary blues world.  Since then, the charismatic young singer-guitarist-songwriter has earned a reputation as a rising guitar hero and powerful live performer, while releasing a series of acclaimed albums that have shown her restless creative spirit consistently taking her in new and exciting musical directions.


The New York Times called Fish “an impressive blues guitarist who sings with sweet power” and “one of the genre’s most promising young talents”.  Her hometown paper, the Kansas City Star, noted, “Samantha Fish has kicked down the door of the patriarchal blues club” and observed that the young artist “displays more imagination and creativity than some blues veterans exhibit over the course of their careers.”


About Southern Accents.  When he died on October 2, 2017, Tom Petty left behind a lifetime of classic songs — songs that are woven into the very fabric of popular culture. Those songs live on in Petty's dozens of albums, both as a solo artist and with the Heartbreakers, but now that the man himself is gone, so is the opportunity to experience him delivering them live to a crowd of adoring fans. But there is the next best thing: Southern Accents, the ultimate Tom Petty tribute band.

Comprising six superlative musicians from Nashville's rich music scene, Southern Accents have been bringing fans the Petty experience for the last three years, not only performing his timeless hits with exacting reverence but even looking and acting the part. At the helm is Petty doppelganger Ronnie Gregg, who sports the straw-colored locks and Mad Hatter haberdashery of "Don't Come Around Here No More"-era Petty, not to mention the signature voice and funky moves. Backing him are musicians who've toured with the likes of some of the biggest names in music today, all of whom know both the licks and the looks of their counterparts in the Heartbreakers. These are veteran players who've proven themselves over the years in a slew of major professional projects and dedicate their time and attention to Southern Accents for one simple reason: They love sharing the music of Tom Petty.


About Eighty-Sixt.  Joining Southern Accents is a Lincoln Amphitheatre crowd favorite—Eighty-Sixt.  Eighty-Sixt have been performing together for seven years and have opened for the Marshall Tucker Band, The Guess Who, the Kentucky Headhunters, and Molly Hatchet.

Since 1996, Hard Day’s Night has been entertaining Beatles fans across the country.  Hailing from the rock n’ roll city of Cleveland, Ohio, Hard Day’s Night is rated among the top nationally-touring Beatles tribute groups performing today.  The band focuses on performing the songs exactly as the Beatles themselves did; four musicians onstage in character as John, Paul, George, and Ringo—wearing perfect stitch-for-stitch replications of the suits made famous by the Beatles with authentic Vox, Hofner, Gretsch, Rickenbacker, and Ludwig instruments.


About Hayley Payne and Kelly Clark.  Over the last several years, Hayley Payne, often with Kelly Clark, has performed at many different venues in Indiana, Kentucky, Ohio, and Tennessee—including private parties, jamborees, concert series, and the Ohio State Fair.  Her most notable performances include turns at the Ferdinand Folk Festival, Live on the Banks in Owensboro, and opening for Lee Ann Womack right here at the Lincoln Amphitheatre.

About Wreking Crue.  Wreking Crue, complete with light shows, backdrops, replica guitars and costuming is quickly becoming the number one celebrated Motley Crue tribute in the United States!  The Wreking Crue aims (and achieves!) to provide a visual and audio replica of the high energy rock-n-roll that you have come to love with Motley Crue!

About Vulture.  Who says rock is dead? Meet five kids from Louisville that are out to show that it’s most definitely alive! Playing iconic hard rock from the 70’s, 80’s and early 90’s, these guys were raised on nothing but the classics. A twin guitar attack features Tucker on rhythm with the ultra cool vibe reminisent of Izzy Stradlin and blazing lead shredding handled by the Dave Mustaine-in-training Miles. Charlie’s lightning fast hands beat the thunder behind the kit while Will lays down the the bottom end groove on the four string. Bringing it all together front and center of the stage is Marshall with vocal power to easily switch from melodic to thrashy. Put it all together and you have Vulture. Don’t let their ages fool you, these boys are circling and ready to attack!

PERFORMANCE DESCRIPTION
Need a gift for that hard to buy for someone?  Give the gift of art, music, and culture by giving a gift certificate to the Lincoln Amphitheatre's 2021 performance series.  Gift certificates are redeemable for tickets only, not in concessions or for merchandise, and can be used in person at the box office or by calling 812-937-2329 to purchase advance tickets.
Get Tickets
$25.00 - $100.00
Page:

As one of the largest fully-covered amphitheaters in the United States, Lincoln Amphitheatre is a majestic 1,500-seat venue located within Lincoln State Park in Lincoln City, Indiana, the boyhood home of Abraham Lincoln. The venue is under the management of the Indiana Destination Development Corporation.