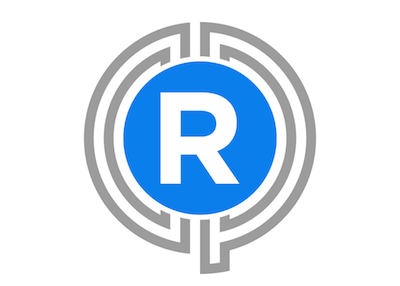 PERFORMANCE DESCRIPTION
James McMurtry has been working with legendary Los Angeles-based producer Ross Hogarth at Santa Monica's GrooveMasters for his forthcoming album. Liner notes enthusiasts know multiple-Grammy-winning producer/engineer/mixer Hogarth from his work with Gov't Mule, Roger Waters, The Black Crowes, Shawn Colvin, John Mellencamp, R.E.M.and Jewel, among many others. Hogarth's wide and varied experience and taste opened up all creative doors and usual and unusual possibilities for all their classics. And no need to explain the incredible GrooveMasters Studio.

Hogarth has never allowed himself to be pigeonholed or trapped in any one musical genre as his studio work runs the gamut from the heavy metal icons Mötley Crüe to the Grammy-winning Americana favorite Keb' Mo' to recent releases by Van Halen, Ziggy Marley and the Sick Puppies. Exclusive and particular in its clientele, the semi-private Santa Monica recording studio where McMurtry will be recording has recently opened its doors to Laurel Canyon legends such as David Crosby, Bob Dylan, Warren Zevon, David Bromberg and more. The spiritual vibe and feel of this studio, along with the cast of characters, will most definitely bring out the best in the upcoming McMurtry record.

Other notable players on the album (in addition to his stellar band) include David Grissom (John Mellencamp) and Harmoni Kelley (Kenny Chesney). McMurtry will unleash this latest collection of poignant and timely songs on New West Records this fall! "I first became aware of James McMurtry's formidable songwriting prowess while working at Bug Music Publishing in the '90s," says New West President John Allen. "He's a true talent. All of us at New West are excited at the prospect of championing the next phase of James' already successful and respected career." McMurtry joins New West's singular roster of top-tier roots music all-stars including Steve Earle, Rodney Crowell, John Hiatt, Aaron Lee Tasjan, Buddy Miller, Nikki Lane and dozens more.

PERFORMANCE DESCRIPTION
This unique project began in 2017 with a handful of concerts celebrating the 50th Anniversary of 'The Cream' in Australia and New Zealand. The show was so well-received, The Music of Cream has now been seen over one hundred times by tens of thousands of fans across North America and the U.K. with many selling out!


For 2020 and beyond, The Music Of Cream will hit the road with a new show and lineup. Honoring the original band's landmark 1967 recording of Disraeli Gears, often considered Cream's crowning achievement, concerts will feature the album performed in its entirety, followed by 'Clapton Classics' including hits like "Cocaine," "Layla" "Crossroads," and "Wonderful Tonight" along with other Cream hits and rarities that fans have been asking for.


The Music Of Cream continues to feature family members Kofi Baker (son of Ginger Baker) on drums and Will Johns (Eric Clapton's nephew and son of Zeppelin/Stones engineer Andy) on guitar and vocals. The two will unite with master musicians Sean McNabb and Chris Shutters to deliver a concert that is second to none.


Along with the legendary music, the show features storytelling, photographs and integrated videos, many of which have not been seen before, so that even the most diehard fans are guaranteed a night to remember.


And with the recent passing of Ginger Baker, The Music of Cream looks forward to sharing Cream's incomparable music with fans, new and old, to keep the trio's legacy alive.

PERFORMANCE DESCRIPTION
Join us for an evening with John Mark McMillan for The Awake in the Dream Tour With Special Guests The Gray Havens & Strahan!

PERFORMANCE DESCRIPTION
There's something about Texas. Open up the history books and you'll find the Lone Star State at the eye of every rock 'n' roll storm. Pull up a stool in any bar-room and you'll still hear Southern gentlemen spin stories of ZZ Top, Johnny Winter and Stevie Ray Vaughan. Now tip a ten-gallon hat to the bandleader writing her own name onto the state's famed back pages, as Ally Venable releases breakout third album, - Texas Honey Debuted as #2 on the Billboard Blues Charts featuring Eric Gales and Mike Zito.

A Power house from the Lone Star State, the Ally Venable Band has ignited excitement in the modern blues scene. Lead guitarist and vocalist, Ally Venable, started singing at an early age in church and at 12, picking up a guitar and finding her passion, established herself as a Texas Blues GuitarSlinger. Guitar Player Magazine stated that " Venable pulls off a stunner of gritty and/or sultry blues rock tunes embellishedwith lots of tasty guitar solos."

She has received many awards including the East Texas Music Award in 2014 and 2015 for "Female Guitarist of the Year" , three time winner of the "Blues Band of the Year,""Album of the Year,"and "Entertainer of the Year," in 20182nd Place -Dallas International Guitar Show 10 Under 20 Contest 2015Ally's 2018 release 'Puppet Show' debuted at #7 on the Billboard Blues Charts, featuring Gary Hoey & Lance Lopez.

Each of Ally's band mates are versatile on multiple instruments. As bassist, Bobby Wallace is a master of his craft and years of experience enhance the band. Drummer, Elijah Owings brings asteady, but dynamic sound to the band. Keyboardist, Fernando De Los Santos from Seville, Spain, brings a classic and energetic style when performing with Ally. They are the backbone of the band's Rockin'Blues sound, and they continue to represent the future of the blues.