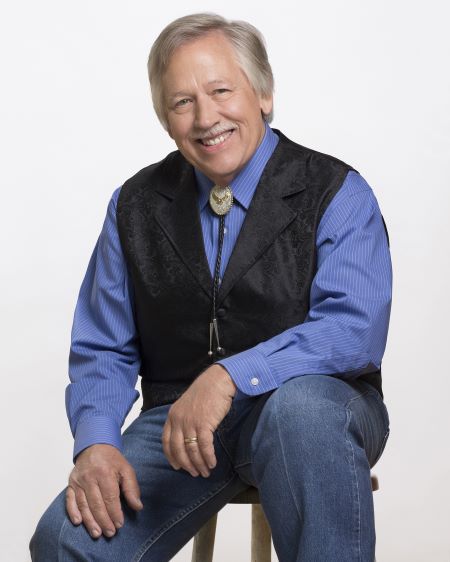 Country legend John Conlee (Mr. Rose Colored Glasses), a regular performer at the Grand Ole Opry in Nashville will be performing live in person on Saturday, May 29 at 7 PM at The Center for Rural Development.

Conlee recently celebrated the 43rd anniversary of his breakthrough hit “Rose Colored Glasses” (his signature song).  He has had other classics such as "Friday Night Blues", "Backside of 30", "Common Man", "Miss Emily's Picture", "I Don't Remember Lovin' You", and more.

Overall, there have been 32 single releases throughout the years with 26 of them charting in the top 20 or better. Eight of those 26 have reached the coveted No. 1 spot on the national country charts.

Conlee's fans are excited that he has returned to radio with singles "Walkin' Behind The Star" and “Bread and Water”, released on his own RCR (Rose Colored Records) Label.  “Walkin’ Behind the Star” was written by Nashville recording veterans Ronnie Scaife and Pil Thomas and the lyrics were inspired by Phil's grandfather and great-grandfather both of whom served in their local sheriff's department. The song had yet to be cut until recent events made it timely,  the song was pitched to the Grand Ole Opry star, who was touched by the song’s honesty.  “Recent deadly attacks against the people who keep us safe is unprecedented in America and I wanted to sing this song in honor of their sacrifice and willingness to serve,” Conlee said. This CD along with his newest cd, Classics 3, features new material along with many of Conlee's latter classics.