Brodie Stewart grew up in the San Francisco Bay Area and Sacramento and spent his summers in Red Bluff, California. At a young age his favorite things to do were going to the Rodeo, listening to country music, singing and playing guitar. Soon enough, Brodie formed and fronted a southern rock band and had the good fortune of touring the country opening up for big artists in front of sold out arenas. His band even charted on Billboard.
With his southern rock roots, Brodie returned to what he loved the most, “country music”. While working on tracks for his own band Brodie also wrote and produced songs for various other artists such as “Sweet Isabel” recorded by Enrique Iglesias for his (Interscope Records) Release entitled “Insomniac”. Shortly after placing Sweet Isabel with Enrique, Martin Kierszenbaum (President of Cherrytree/Interscope Records) signed Brodie to a song/production deal to the label. Quickly following, Brodie signed a publishing deal with (Warner Chappell Music Publishing). Since that time Brodie has written and produced several tracks for various artists.

Shotgun Jefferson is a Southern California-based country band that draws its musical inspiration from its rock and roll roots. Fronted by Jeff Zazueta, their high-energy, danceable songs transcend age and resonate with a large audience. Self-described "non-country" fans have become converts of their California Country Style - powerful vocals coupled with guitar solos and blended harmonies. In 2020, Shotgun Jefferson won the award for Country Band of the Year for the JMA's.

PERFORMANCE DESCRIPTION
Ryan Griffin is on coming back to Stoney's Rockin' Country!

Ryan Griffin
Already a hitmaker with a #1 song under his belt, Ryan Griffin is poised for a Country breakout with his Billboard Top 20 all-genre viral smash “Salt, Lime & Tequila.” The Florida native adds the soul of R&B to the honest universality of Country, forging a mix of romantic fun landing somewhere between Keith Urban and Brian McKnight. Growing up on his family’s farm and moving to Music City at the age of 17, Griffin made his first mark in 2016 as a co-writer of Kelsea Ballerini’s PLATINUM-certified #1 single “Dibs.” Gaining heat on multiple platforms, Griffin has been featured as a SiriusXM Highway Find and racked up more than 25 MILLION streams on Spotify alone with infectious tracks including "Going Going Gone," "Name On It" and "Right Here Right Now." Recognized as one of Rolling Stone’s "10 New Country Artists You Need to Know” and one of Pandora’s “Artists to Watch 2021,” Ryan has opened concert dates for Ballerini, Lady Antebellum, Old Dominion and Cole Swindell.

Doors are at 7pm and the show starts at 9pm!
This is an 18 and over event!

PERFORMANCE DESCRIPTION
Adam Warner is on coming through to Stoney's Rockin' Country!

Adam Warner hails from Lawrenceville, IL. He proudly served in the United States Marines and afterwards made the move to Nashville, Tennessee to pursue his desire to become a successful country music artist and carry on in the footsteps of those he had grown up listening to and admiring. Artists such as Waylon Jennings, Willie Nelson, Johnny Cash, Merle Haggard, Hank Jr., Trace Adkins and many more.

Warner released his first EP project titled “Can’t Get Enough” in 2018. It contains the single ”Semper Fi” featuring Trace Adkins (a song dedicated to all active and former military). The single was awarded the 2019 Country Song of the Year at the Independent Music Awards.  It also contained a song Adam co-penned titled "Welcome to the South".  The song was chosen by The Tennessee Titans to become the visiting team welcome song in 2018 at Nissan Stadium.  Another tune from that EP was a song Adam solely penned titled “Rowdy As Randall”, about one of his mentors, Randall “Hank” Williams Jr.

Adam’s first original full length project titled “Big Storm” released in 2020! It contains tunes he co wrote as well as songs written by the legendary hit maker Kim Williams. The project contained the single “4 Square Miles” which was wildly received by fans and secured him a nod from many music industry elites.  The song is dedicated to his grandfather and is about growing up on his families 5th generation farm!  The video for the song earned Adam a number 1 on The Country Networks video countdown show.

PERFORMANCE DESCRIPTION
Dylan Schneider is on coming back to Stoney's Rockin' Country!

Dylan Schneider
Dylan Schneider has been active in the Country music scene since his teens. Drawn to the storytelling aspects of Country music, the Indiana native started performing and writing songs at the age of 14, after meeting Brett Eldredge and singing with him on-stage during a concert. After that, he began posting videos to his Facebook page, where he’d cover popular Country songs, gaining a devoted online following. Since then, Schneider has made a name for himself in the Country music community, forging a sound that merges modern Pop sensibilities with a down-home feel. He’s been named an “Artist to Watch” (Taste of Country, Sounds Like Nashville) and declared by Billboard as “Country Music’s Next Rising Star.” He’s toured with Florida Georgia Line, Granger Smith, Mitchell Tenpenny and Chris Lane, co-wrote Dustin Lynch’s most recent Top 5 hit song “Momma’s House,” accumulated over one million social media followers and banked upwards of 186 million on-demand streams (and counting). Now, older, wiser and signed to BBR Music Group, the 21-year-old is back in the studio, recording new songs that properly capture his irresistible Rock-n-Roll edge and unrestrained Pop-Country swagger. Combining passionate lyrics infused with surging instrumentals and compelling, emotive vocals, Schneider’s haunting debut track from BBR Music Group, “Lost In A Small Town,” released earlier this year. Boasting a bolder, deeper aesthetic and lyrical undertone, Schneider’s pensively nostalgic track “21 And Over” and driving, soulful groove “Right Girl” are out now.

Houston Bernard's Country roots run deep. Born in Oklahoma, Houston is a direct descendant of famous gunfighter, George "Bittercreek" Newcomb, a member of the infamous 'Wild Bunch' a most wanted man in the 1890's. Houston's father and uncle played in country bands backing up stars like Tanya Tucker, Sleepy LaBeef and were a staple in the Oklahoma and Nashville scenes known as the Rebel Brothers. Reba recorded one of Johnny Bernard's songs, "Muddy Mississippi" in the 80's. Houston draws his musical inspiration from his family's country and rockabilly roots. He brings upbeat, relatable music with his powerhouse vocals and a touch of country twang that transcends age, and resonates with a large audience.

Houston has shared bills with country superstars like Luke Bryan, Old Dominion, Granger Smith, Montgomery Gentry, Marshall Tucker Band, and Clint Black. Popular on Spotify and YouTube, Houston has reached both new and established country fans. His music has been featured on Country Rebel, CMT, The Heartland, and The Country Network.

The Cadillac Three is rollin' back through Stoney's Rockin' Country!

The Cadillac Three
Spending their formative years playing music together in basements and garages laid the foundation for THE CADILLAC THREE to put their own spin on each new record. They open a time capsule of their musical history together and expand on some of the grooves from COUNTRY FUZZ release with a new offering titled TABASCO & SWEET TEA via Big Machine Records. Dropping the sonic swirl with little warning, the new album is a welcome interruption to the mundane and stress felt around the globe.    “As we finished the last record, we knew we were only tapping the surface with songs like ‘The Jam’ for where we could go next musically and found ourselves inspired to dive into these sounds that we had never explored before as a band,” explains drummer Neil Mason. “We’ve always had a lot of influences, but ultimately found ourselves thinking about what we were listening to in high school -- The Meters, Stevie Wonder, Medeski Martin & Wood and John Scofield.”   Lead singer and guitarist Jaren Johnston continues, “this album is a science project … constantly moving in different directions but keeping one cohesive feel throughout. We kind of have this innate thing going after all these years so it’s cool to kind of stretch into some new musical spaces with elements of a DJ set that flows from track to track, but mixed with 80’s Funk vibes and jam-band flow over hardcore Country lyrics.” 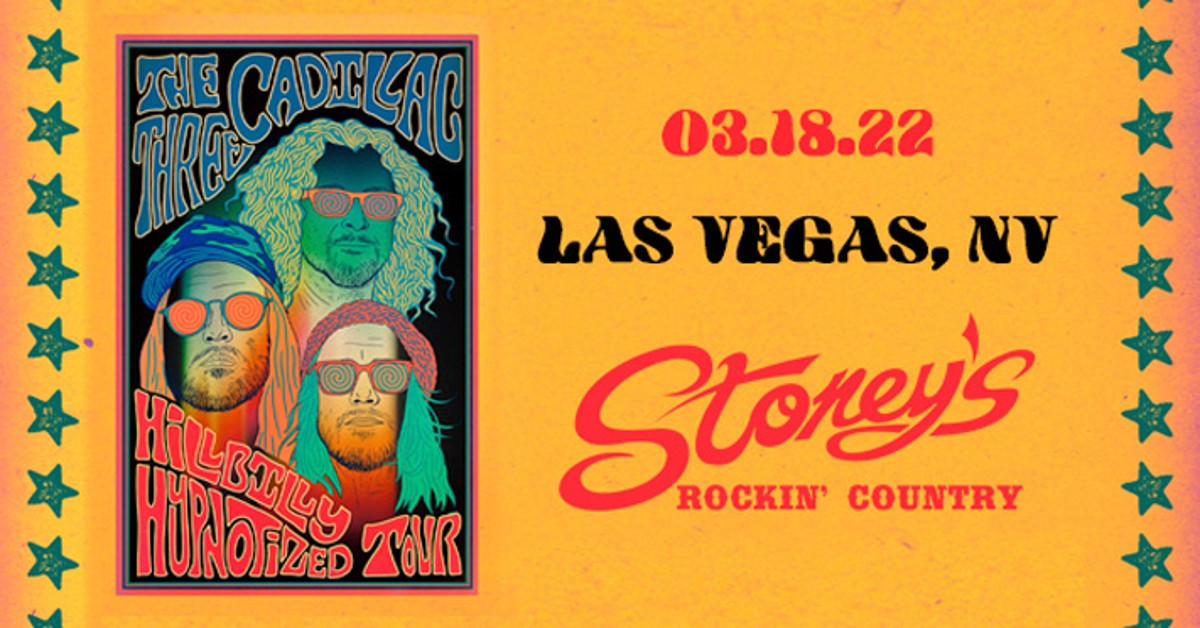