Stephen Wesley is heading back through Vegas with Charlie Colin of TRAIN for a night at Stoney’s Rockin’ Country!

Stephen Wesley
Stephen Wesley is a 2x Billboard charting artist. The genre bending country singer/songwriter has collaborations with several of music’s most accomplished and well known bands and solo acts.

From Slash of Guns N Roses fame, to Smash Mouth, Bubba Sparxxx and his newest release, “Rock N Roll ft. T-Pain,” Stephen continues to push the boundaries of music and create his own sound. 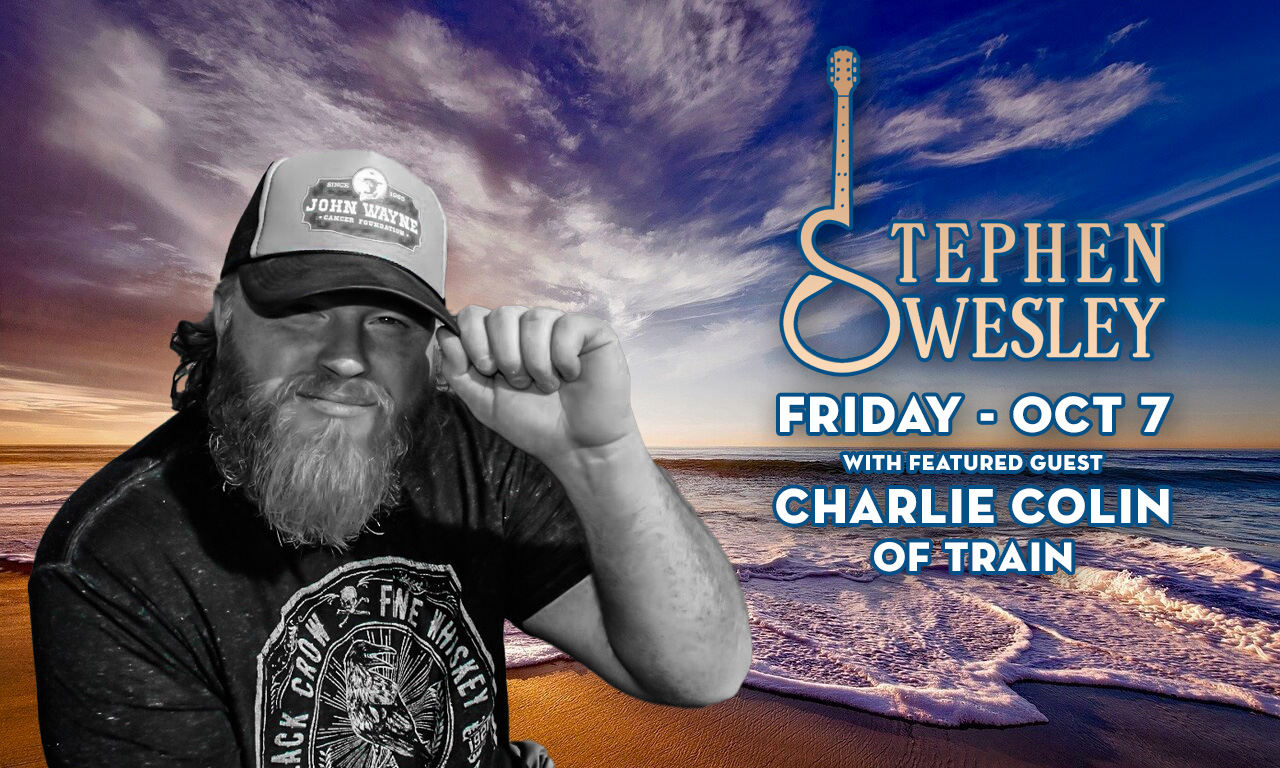 Authenticity. Heart. Grit. Scott Stevens likes the way those words roll off his tongue. “It’s all about being able to flourish in your own skin,” says Stevens, whose forthcoming debut album, is a master class in what happens when a musician leans into his natural-bred confidence and emotion. “Sometimes you gotta double down, step off the ledge and trust whatever it is you trust,” Stevens says of putting his entirety into his music.


“The heart of me is somehow split in equal parts rock and roll, soul, and country music,” Stevens says of his lyrically forthright and groove-centric sound. “At its core though, it’s just stories in rhythmic form.”


Spencer Crandall is coming back through Stoney’s Rockin’ Country on  Friday Night, October 21st, 2022 and bringing along Avery Anna

Denver-native Spencer Crandall is an independent country music singer/songwriter and entertainer. His sound continues to push the envelope—a blend of country storytelling with non-traditional production elements—reflecting influences ranging from Ed Sheeran and Taylor Swift to Justin Timberlake and Drake.

Raised in a music-loving family, Crandall grew up attending summer country concerts with dreams of being an entertainer, idolizing touring sensations like Kenny Chesney and Keith Urban. For a senior project in high school, Crandall decided to pick up the guitar and learn to play. The next year he headed to Grand Junction to play college football, until facing a career-ending shoulder injury. With the spare time on his hands during recovery, Spencer began to sing and write music, ultimately growing a steady following on social media by posting videos of dorm room performances of his original music.

After frequent trips to Nashville throughout 2016, Crandall decided it was time to make the move to Music City and seriously pursue his music career. Since then, Crandall has gained over 2M followers and 20.5M likes on TikTok and has shared the stage with artists including Chris Lane, Dustin Lynch, Tyler Rich and Josh Turner.

In four short years, Crandall has amassed over 100M streams across platforms as an independent artist, with two album releases debuting at No.1 on the iTunes country charts. With plans to tour in 2021, this year is set to be his biggest yet!

From the desert to the mountains, Warner Music Nashville singer / songwriter Avery Anna grew up chasing the Arizona sunsets. She started singing at 10 years old, quickly picking up the guitar and piano, but it wasn’t until she started her TikTok channel that she realized her full potential. Hopping in a bathtub for acoustics, Avery began uploading covers – and her videos blew up overnight. Her repertoire spans classic country artists such as Willie Nelson and Patsy Cline to modern acts like Taylor Swift and Kelsea Ballerini. Now with 1.4 million followers and almost 27 million likes, Avery is ready to share her own music with the world. The 2022 YouTube Artist on the Rise has released four tracks, and her single “Narcissist” is already making a statement. A SiriusXM Highway Find, the song has landed on major playlists such as Spotify’s New Music Friday, Apple Music’s Country Risers and has over 86 million global streams. The Flagstaff native has just begun to take her music on the road, opening for acts such as Josh Turner, Martina McBride, & Parmalee as well as playing overseas for C2C Festival in London. This is just the beginning for Avery, as she steps out of the bathtub and into the spotlight.

Grab your seats for $25 before they're gone! 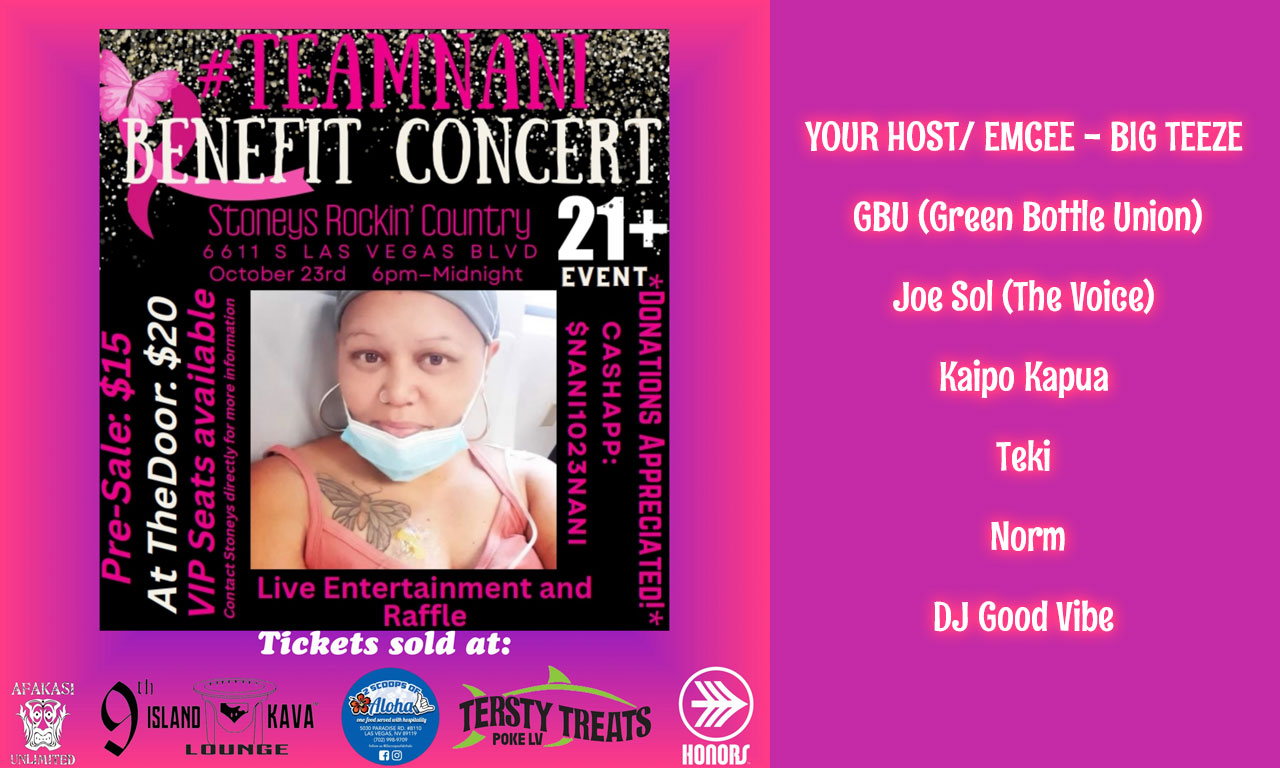 Shotgun Jefferson is heading back through Vegas for a night at Stoney’s Rockin’ Country!

Shotgun Jefferson is a Southern California-based country band that draws its musical inspiration from its rock and roll roots. Fronted by Jeff Zazueta, their high-energy, danceable songs transcend age and resonate with a large audience. Self-described "non-country" fans have become converts of their California Country Style - powerful vocals coupled with guitar solos and blended harmonies. In 2020, Shotgun Jefferson won the award for Country Band of the Year for the JMA's.


It's that time again for our Annual Halloween Costume Contest Party!!

Saturday Night, October 29th... It's that time for our Annual Halloween Costume Contest!

This is a 21 and over event 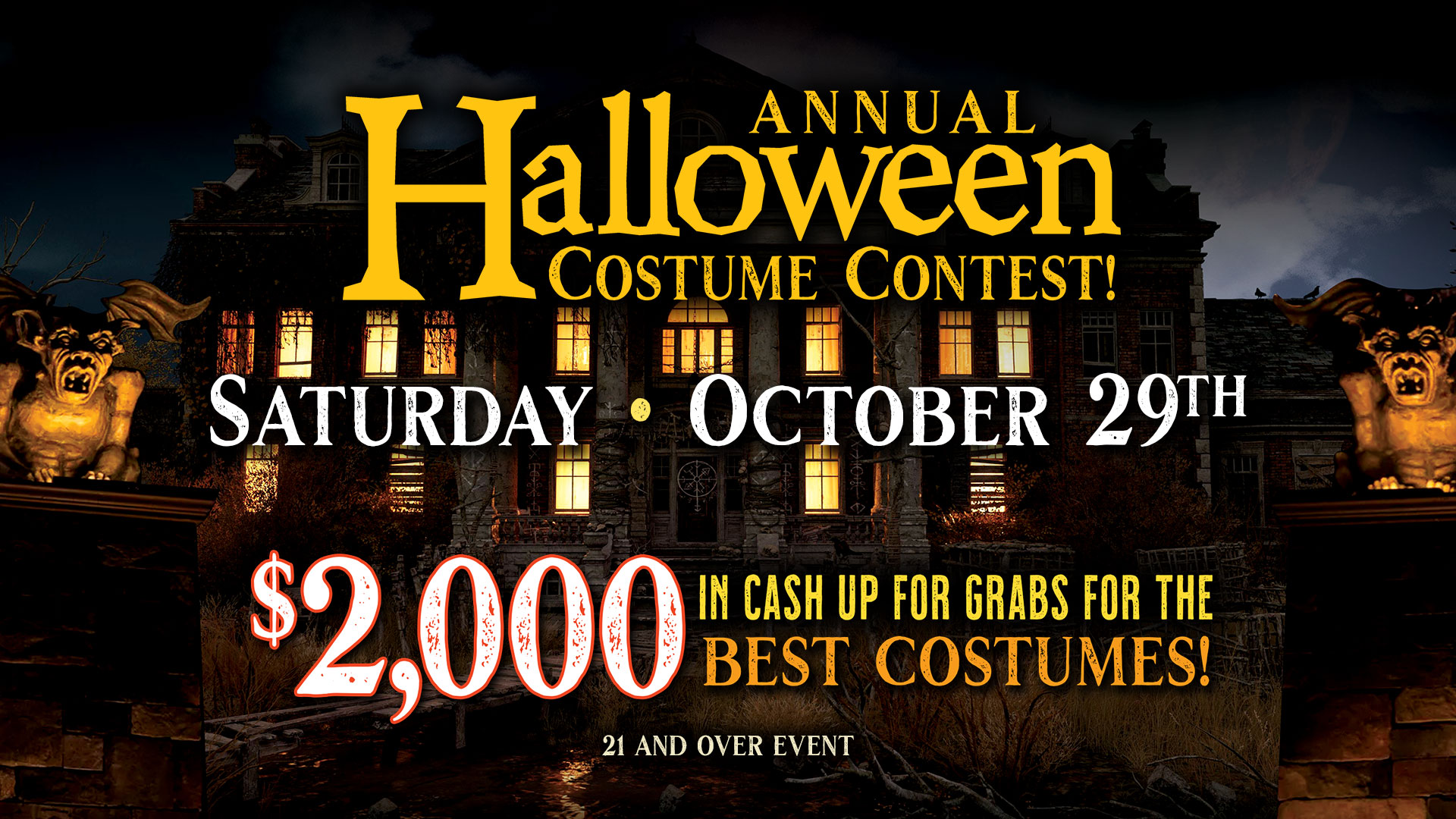 Born and raised in Memphis, Tennessee, Black makes his entrée into country music after honing his performance and songwriting skills over the past several years.

Black inherited his love of country music from his grandfather, Floyd Black "Junior," who once played banjo and guitar in Johnny Cash’s band, and from his father, Allen Black, who sang country music and influenced his musical style as a young boy.


How about Randall King's Tonk Vegas coming to Stoney's Rockin' Country during the rodeo?!?!
Sunday, December 4th with Randall King, Josh Ward, Wynn Varble, Kylie Frey, Jake Worthington and Jake Jacobson will hit the Stoney's stage with a night of rounds, acoustic in hand for a more intimate musical experience.

Doors are at 7pm
This is an 18 and over event

Randall King:
One of country’s new crop of modern traditionalists, Warner Music Nashville artist Randall King grew up on the endless plains of West Texas – and his sound is steeped in their timeless beauty, both gritty and graceful at the same time. He grew up singing in the back of a ‘93 Chevy Suburban, mimicking the pure-country vocals of stars like Keith Whitley, George Strait, Alan Jackson and John Anderson and over the years became drawn to the electrifying energy of modern stars like Eric Church, Dierks Bentley and Jason Aldean.

Josh Ward
An anchored mindset that has led this Texas country music rising star from a drifter’s adolescence to the jeopardous game of the rodeo circuit to the punishing toil of the Texas oil fields, and on into the fickle arms of the music business. Some might argue whether it is having nine consecutive #1 hit singles in Texas under his belt that has garnered him staying power, or that he is killing it in the social media world with over 2 million views on YouTube and over 3 million streams globally on Spotify.

Wynn Varble
Wynn came to love country music at a very young age when he discovered his dad’s collection of classic country vinyl albums. He even traded his big brother’s “Grand Funk Railroad” for a copy of Jimmy Dean’s “Big Bad John”, and he still has a scar to prove it!

Kylie Frey
Born and raised as country as it gets, Frey is a third-generation rodeo girl and Louisiana state goat-tying champion – and a rising star as genuine as her Wranglers. Sincere in her convictions and too real to dismiss, even for ardent country haters, her sound both typifies and transcends the genre.

Jake Worthington
In 2014, Jake Worthington was named "Runner-Up" on Season 6 of the hit NBC TV Show "The Voice". While on the show, Jake released three songs that reached top 20 on Billboard.  Success from “The Voice” led to a Social Media presence that reaches nearly 250,000 people across the US.

Jake Jacobson
Jake Jacobson is a 25 year old “throwback kid” from the mountains. Country music has been in his blood since the beginning. Watching his Dad’s honkytonk band in the late 90’s and early 2000’s inspired a career in music for Jake. 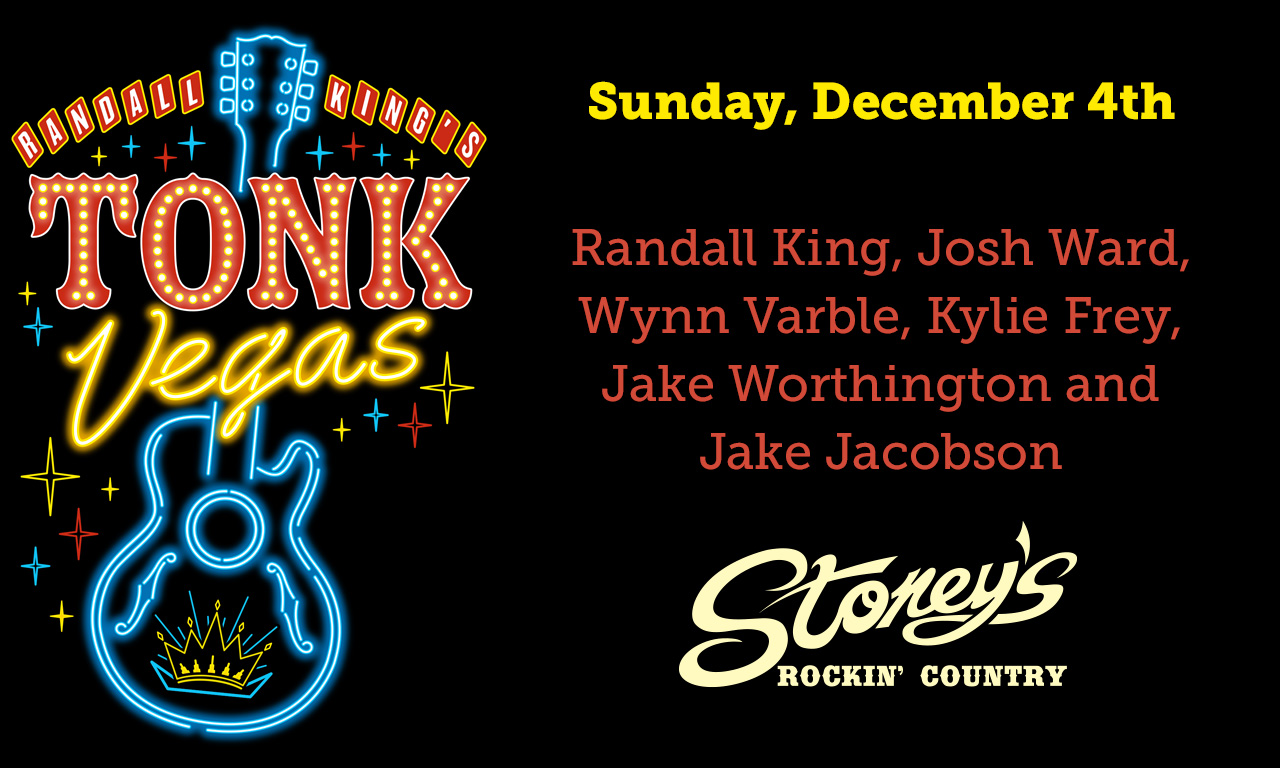 If ever there was a country artist ready to set the world on fire, it would have to be Tyler Braden. He has the gritty powerhouse vocal, the expressive pen and the ability to deliver a lyric with complete conviction worthy of a headliner. Braden grew up in Slapout, AL, with parents who fostered an early appreciation for country music, guitar-playing songwriters filling the airwaves and a group of rock-loving friends. He spent much of his life blending these early influences to craft a sound all his own. His early twenties saw him playing local shows and touring the Southeast while serving as a first responder in Montgomery, AL. A gig in Music City inspired his move north, and Braden continued firefighting in the suburbs of Nashville while preparing to take his music career to the next level. His first date at the homegrown Whiskey Jam concert series in January 2017 paved his path to today. With over 150MILLION streams to his name and a growing list of major tour credits from Brantley Gilbert to Brooks & Dunn, he introduced himself to the world as a major label recording artist with his take on NEEDTOBREATHE’s hit “Brother.” Praised for his “commanding delivery” (Music Row), Braden offered the song as a tribute to his first responder family and all those fighting on the frontlines during the pandemic. He has since earned massive fan response from original releases including “Love Is A Dead End Road,” “Secret," “What Do They Know” and "Ways To Miss You.” His debut single “Try Losing One” is currently at U.S. country radio and has already topped SiriusXM The Highway’s Hot 30 Countdown. Braden’s Warner Music Nashville debut EPWHAT DO THEY KNOW(WDTK) is out now.