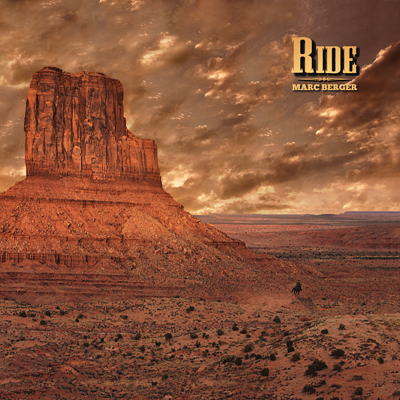 “[Ride] is the breathtaking grandeur of the high desert and plateaus suspended between the pioneer days and ten minutes ago…this is country folk music wrought by a working philosopher who's missed nothing, kept a lot inside for a time, and captured the land.” –FAME (Folk & Acoustic Music Exchange)

Marc has performed at Austin’s SXSW Music Festival and The Kerrville and Falcon Ridge Folk Festivals, and has opened shows for Bob Dylan and other national acts. His song, “The Last One,” was a staple of Richie Havens’ concerts for over twenty years. His current release, RIDE, presents ten cinematic recordings capturing the vastness and romance of the American West.

Marc has toured nationally, performing solo and with his band and has extensively explored the American West, venturing into remote regions of its deserts and mountains. On one such excursion, he discovered “The Big It,”, by A.B. Guthrie, on a revolving bookrack in a Navajo reservation trading post. This impressive collection of Western short stories ignited the idea of using his travels to create a set of songs in the cultural tradition of like-minded American artists like John Ford, Guthrie, and Frederick Remington, celebrating the West's exotic landscape and timeless appeal.
Continue Shopping
Limit 10 tickets per order.
Etix Home | Reprint Tickets | Sell tickets with Etix | Help / FAQ | Terms of Use | Purchase Policy | Privacy Policy
© , Etix, Inc. All rights reserved.