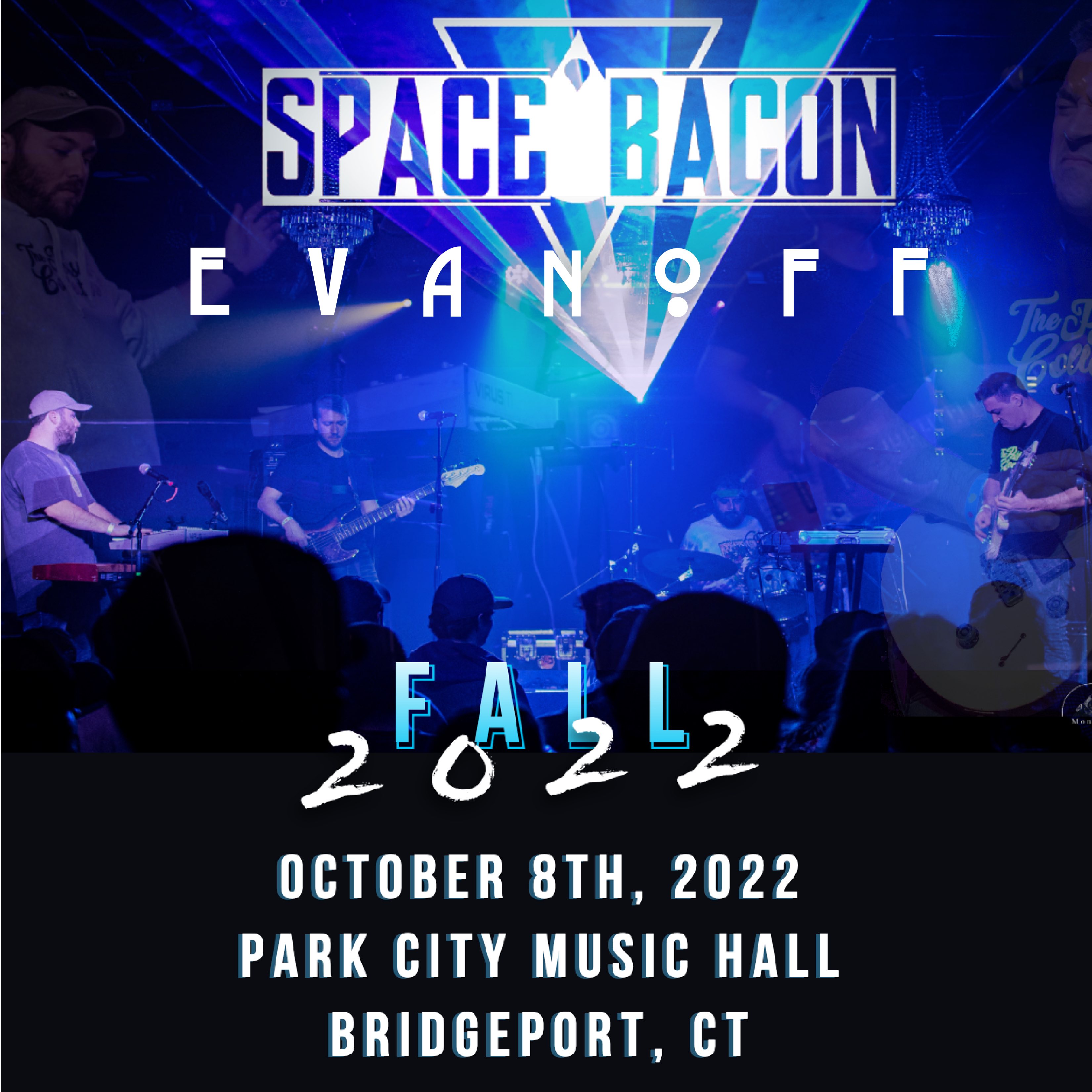 SPACE BACON
The origin of Space Bacon traces back to the depths of Fordham University basement parties on the gritty streets of the Bronx. Since then, Space Bacon has grown from frat fests to the main stage, quickly conquering the title as one of the brightest up-and coming jam bands in the region.

Space Bacon has performed at The Capitol Theater, Irving Plaza, Brooklyn Bowl, TLA, Bowery Ballroom, as well as toured all around the country, performing with artists such as Umphrey’s McGee, Tauk, Spafford, Pigeons Playing Ping Pong, Papadosio, Breaking Biscuits, Consider the Source, and many more!

Drawing from an array of inspirations including jam music, electronic production, film scores, and a bit of metal, Space Bacon seeks to challenge conventions and pave the way in the modern era of improvisational music.

All of the band’s live shows are documented and soundboards are released through their Bandcamp and Soundcloud pages, as well as a series of select studio and live releases on Spotify, Apple Music, or your favorite streaming service of choice!

"On the rise Brooklyn-based jammers Space Bacon continue to break boundaries with their funky electronica fusion... Get ready for a cosmic journey of epic proportions with Space Bacon and their new EP." - Live For Live Music

"These guys are on a 'meteoric' rise, plain and simple. With performances at Disc Jam, The Hall at MP, and a big one coming up at Mazzstock, Space Bacon will come up in conversation if you know anything about music." - Sound Fix

"New York City has always been a breeding place for music. One generation to the next; from rock n' roll to hip hop, and jazz to electronic - NYC is a platform for musical evolution, some artists fail and others succeed. Space Bacon is a band that will most definitely succeed." - The Passion Collective

EVANOFF
A staple in the Colorado music scene, Evanoff, is a guitar driven live-electronic trio. Defined by a bold live show full of sonic exploration, blending soaring melodies and emotive bass lines.Evanoff continues to be one of the most versatile and dynamic acts in the ever-evolving electronic music scene.

Since 2017, Evanoff has obliterated festival stages all across the country including Electric Forest, Hulaween, Resonance, Euphoria, Joshua Tree, Sonic Bloom, and more. Evanoff is only just beginning.