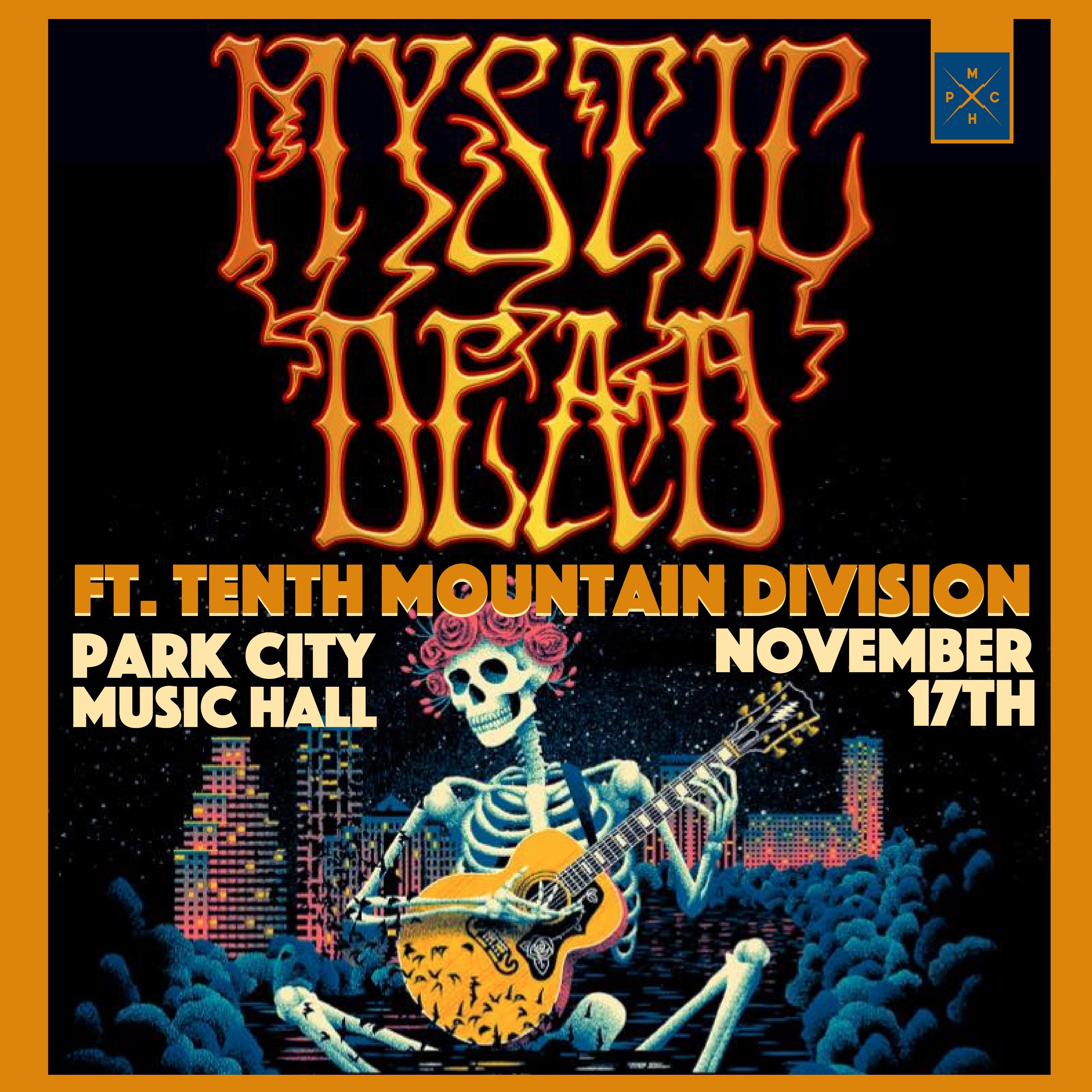 MYSTIC DEAD
In 2018 a group of musicians got together for a once a month Dead night at the Captain Daniel Packer inn in Mystic,CT. It turned out to be a seriously good time that translated to more shows, more fun and Mystic Dead was born.

Deep dives into all things Grateful Dead coupled by the freedom to remain true to their own creative individuality has been and will always be the mantra of all 6 members of Mystic Dead.

TENTH MOUNTAIN DIVISION
Born in the fertile mountains of Colorado, Tenth Mountain Division is continuing the musical legacy set down by their forefathers.

Tenth Mountain Division is a Denver-based outfit by way of the Colorado Rockies. The group consists of six members—Andrew Cooney (Bass/Guitar), Campbell Thomas (Piano/Percussion/Keys), Tyler Gwynn (Drums), MJ Ouimette (Guitars), Winston Heuga (Mandolin)—who found unity through their love of music and natural surroundings. While Gwynn holds down the heartbeat of their sound on drums, the rest of the crew pitches in on vocals in addition to their menagerie of instrumentation. TMD has heavily toured throughout their home state, offering reverberation and acclaim felt throughout the country. This helped nab performances at Summer Camp Music Festival, and support roles for acts like Leftover Salmon.

Like those that came before them, Tenth Mountain Division is pushing the sound found in the mountains into bold, new directions with their exploratory take on Americana. Their style dips freely in the well of all their diverse influences, including but not limited to classic Southern Rock, the Progressive Bluegrass that was born in their backyard in Colorado, the adventurous spirit of sixties Psychedelic Blues, and straight ahead driving Rock ‘n’ Roll.  Much like their CO predecessors, String Cheese Incident, and Yonder Mountain String Band, they defy simple categorization. Instead, they reference their musical history with their high-energy shows as they blaze new musical paths every night. As they do so, they have become the new voice of the Colorado music scene, taking their Ski-party sound around the country and making every show feel like a night in the Rockies.
This show is 21+.