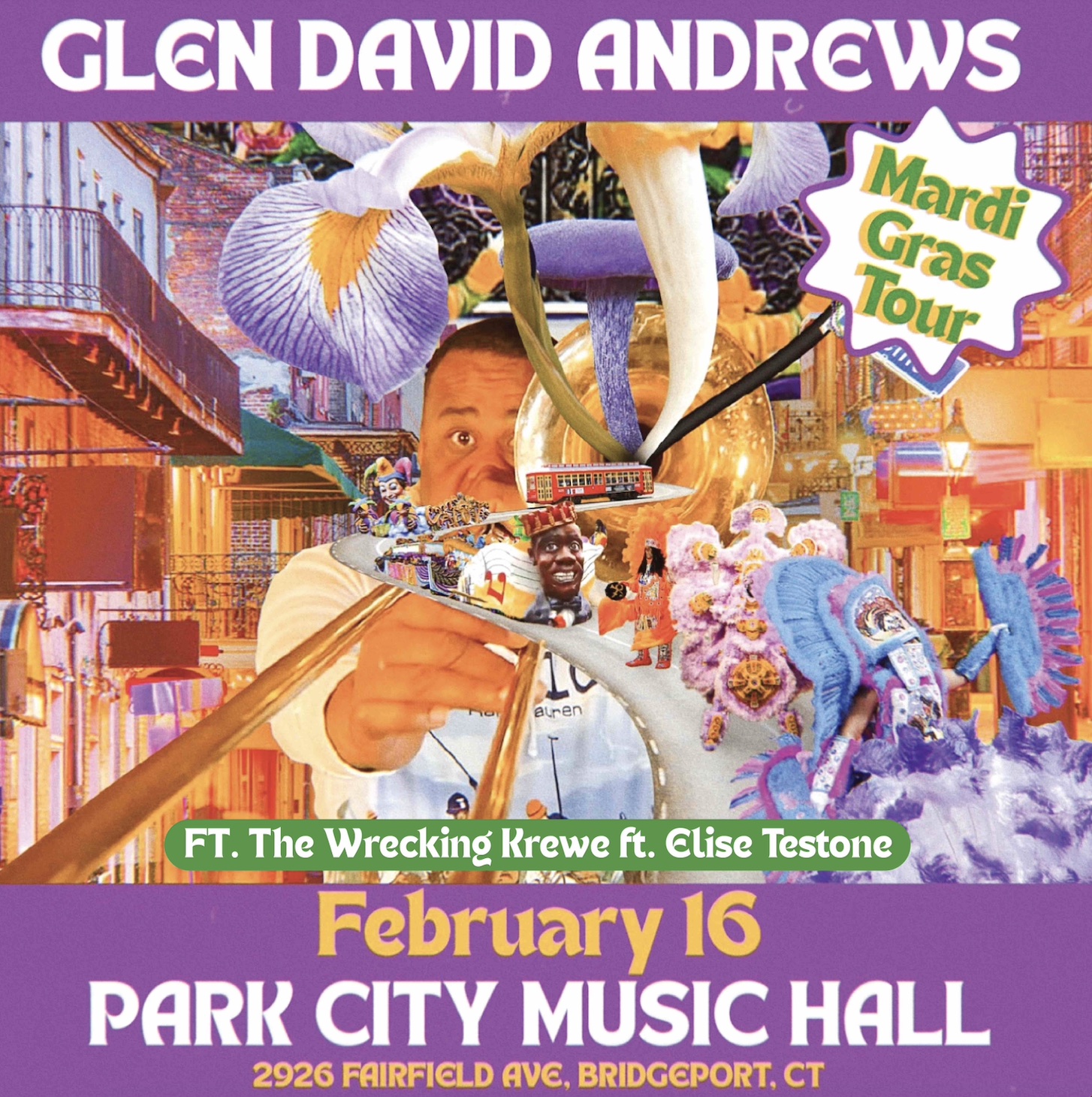 GLEN DAVID ANDREWS
Are you ready for Mardi Gras? This year, Fat Tuesday falls on February 21st, and acclaimed New Orleans musician Glen David Andrews will be back touring in the Northeast the whole month of February.

Having toured throughout New England and played several festivals in the region, singer and trombone player Andrews is well-known among roots-music fans. Andrews says he considered this region his “second home” and decided this year to bring the revelry of Mardi Gras here.

With Andrews and his band, you get the benefits of an artist who is a master performer having learned his craft from renowned veterans of the New Orleans music and cultural community (Fats Domino, Tuba Fats, The Neville Brothers just to mention a few). Andrews delivers a fusion of rocking soul, gospel, jazz, R&B true to the roots and spirit of New Orleans’ tradition. And he does it with an explosive energy and feel-good attitude that is infectious. If you have ever been to a show and danced with the patrons as they parade through the venue waving their napkins, you know what we mean.

If you haven’t experienced Glen live, then you owe it to yourself. You can catch him at Park City on February 16th! Learn more about GDA at www.glendavidandrewsband.com

THE WRECKING KREWE FT ELISE TESTONE
The Wrecking Krewe is a collective of musicians paying homage to the music of the Crescent City. Brought together by Joey Peebles of Trombone Shorty and Orleans Ave, the group brings a new perspective to the New Orleans standards of The Meters, Alan Toussaint, and Irma Thomas. Their high energy grooves will have you on your feet dancing. Let the good times roll!