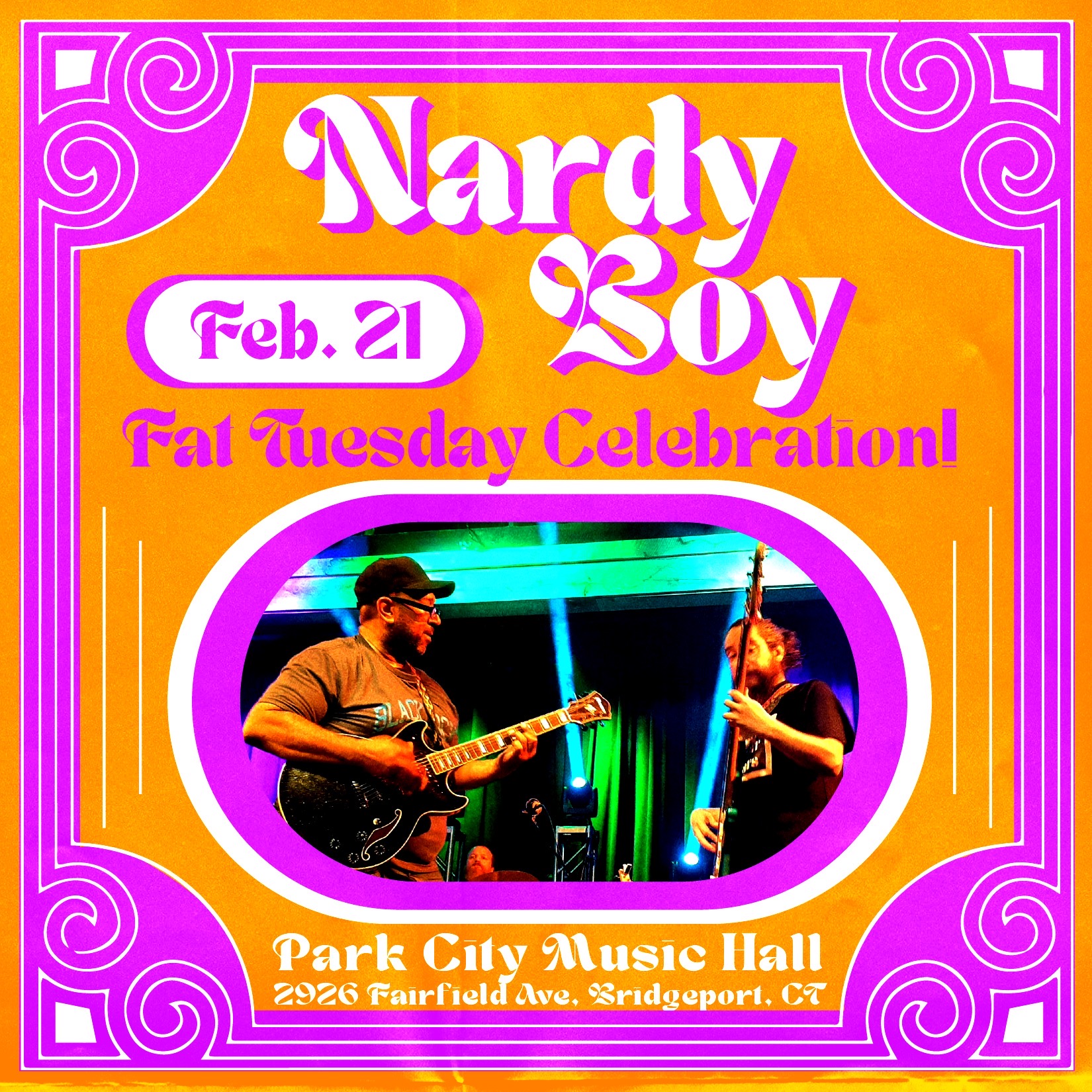 Nardy Boy is one crazy-ass mash up of funk, 2nd line, blues and jazz motifs and deeply soulful singing. Led by New Orleans' own Renard Boissiere, the band swings to a variety of grooves planned and impromptu, and his vocals are often punctuated by an eclectic set of scat and vocal efx. Nardy Boy shows often feature guest musicians who stop by and sit in as the band drops the cool vibe, flowing from old-time tunes in a hip-hop style and elevating 2nd line struts from the streets of Treme, all setting the stage for highly danceable, extended jams.

Nardy Boy grooves those N’Awlin’s vibes, you’ll swear you got left smack dab in the middle of Uptown on Oak St. on a Saturday night!