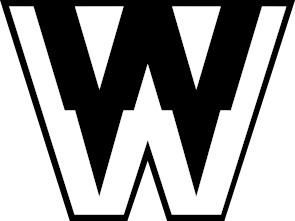 RIFF MOUNTAIN & WICKED SISTERS DJs
BEHOLD ! When the Riff Mountain and Wicked Sisters DJs join forces, you will enter a journey to the Wicked Mountain – an auditory onslaught of retro rock, glam, garage, metal + deep cuts hand-picked and hand-spun on vinyl before. after and in-between acts.

RUBY THE HATCHET
Forming in a snowed-in New Jersey basement circa 2009, heavy psychedelic rock quintet Ruby the Hatchet mix other-worldly melody with heavy, roaring riffs; landing on a sound best heard at a dark carnival in the recess of a dream. Reminiscent of early heavy metal with heart and harmony a la groups like Rainbow, Fleetwood Mac, Deep Purple and Priest, the band is trademarked by the howling, dynamic vocals of Jillian Taylor and drummer / vocalist Owen Stewart, as well as the wild playing of organist Sean Kahn Hur, guitarist Johnny Scarps Jr., and bassist Lake Muir. Whether up on a big stage or tucked away between tour stops in a more intimate venue, this group lives for the live show and will stun you with a high-energy, authentic rock ‘n’ roll performance. Join them in celebrating their 4th studio full length, Fear Is a Cruel Master.
https://thehatchet.bandcamp.com/album/fear-is-a-cruel-master

HEAVY TEMPLE
Philadelphia’s Heavy Temple formed in 2012 during a brutal mid-Atlantic winter, and quickly  released a pair of critically acclaimed EPs that presented a mature blend of fuzzy grooves, doom,  and heavy psychedelia with occult motifs and a tongue-in-cheek sense of humor.   Since its inception, the band has made waves throughout the heavy rock underground,  galvanizing their brain-melting attack over the course of tours with Corrosion of Conformity,  Ruby the Hatchet, Ecstatic Vision, and Royal Thunder, and appearances at fests including  Psycho Las Vegas, Desert Fest New York, The Obelisk All-Dayer, Muddy Roots and Decibel  Metal and Beer.  Fusing their strongest lineup into place just ahead of the pandemic, Heavy Temple took  advantage of the forced layoff from touring to finish and release their first official full-length,  Lupi Amoris, which arrived in June 2021 on Magnetic Eye Records. In addition, they honed their  cosmic heaviness and have been crafting yet another collection of blistering, riff-laden  incantations.  Ready for a world that allows this well-oiled riff machine back onstage, the band proudly  presents a heavy psychedelic expedition that seamlessly weaves from boogie van grooves to  Candlemassian gravitas.
https://heavytemple.bandcamp.com/