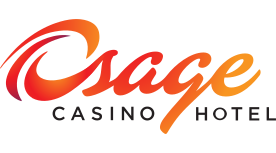 Kool & The Gang, officially launched in 1969, after performing for five years under various band titles, has influenced the music of three generations and, at the age of 49, the band has become true recording industry legends.

From Nairobi to Newark, Kool & The Gang has performed continuously longer than any R&B group in history and their bulletproof funk and jazzy arrangements have also made them the most sampled R&B band of all time. A reviewer recently called their performance “a 24-karat show” and every year, even after a half-century on the road, yields a non-stop schedule of shows across the globe.

The heavily-in-demand band has continued to tour the world, appearing most recently alongside Kid Rock, Dave Matthews Band, Elton John and The Roots and performing on a recent, 50-city tour with rock legends Van Halen.

In 1969 Kool & The Gang released their self-titled debut album/ It was the introduction to a theme, music is the message, that Kool & The Gang stands by today. The instrumental album was an expression of their deep love of music. It was also an introduction to their signature sound and the fierce horn arrangements created by Khalis, Dee Tee, and Spike. Their debut album spawned their first Billboard R&B charted single Kool & the Gang and later Let the Music Take Your Mind.