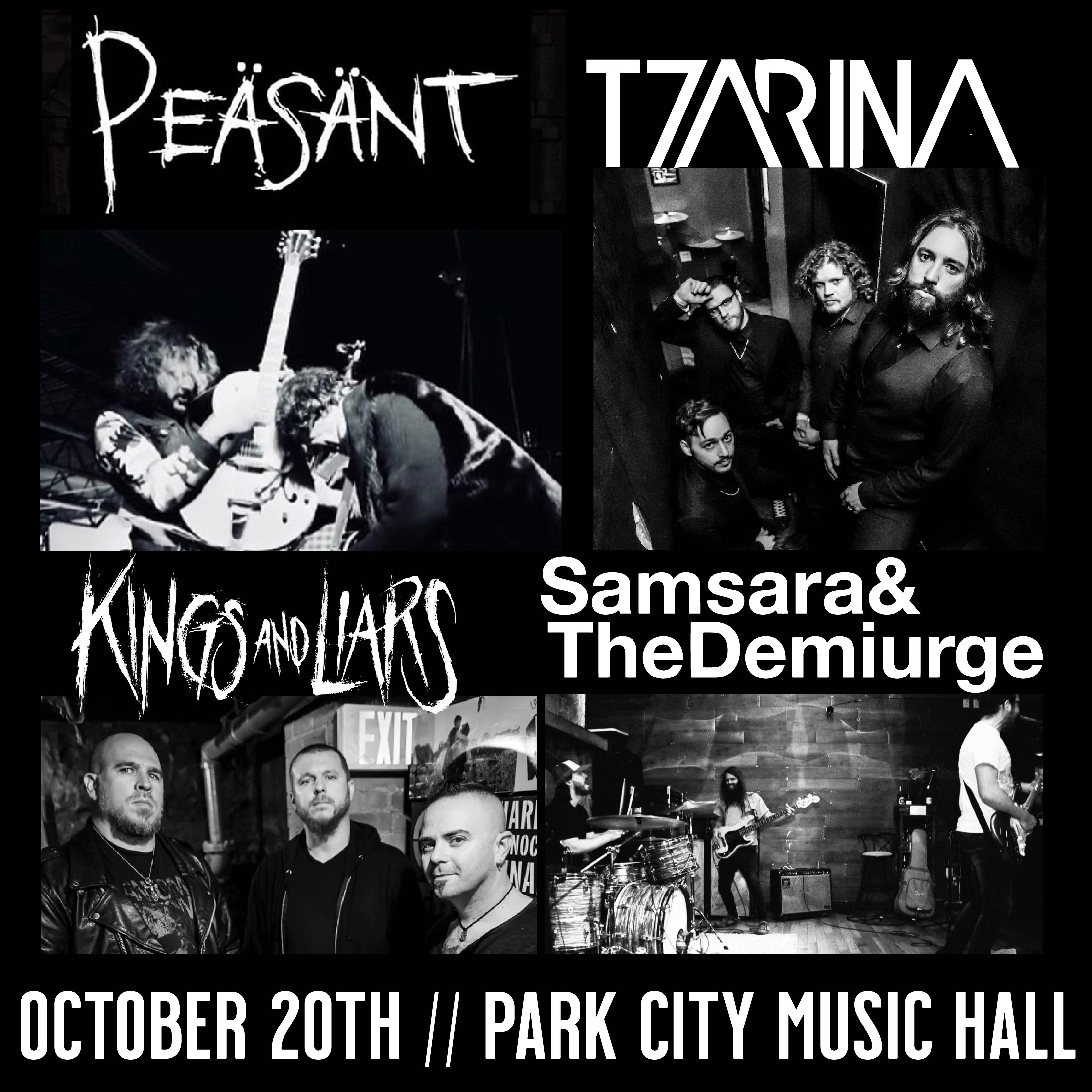 Tzarina (9:30-10:15)
Noisy yet melodic; heavy yet dynamic; homegrown Brooklyn post-hardcore. Tzarina is composed of Craig William on vocals and guitar, Mark Ayesh on guitar and backup vocals, Robert Scott Abrams on drums, and Michael Forsythe on bass.  They are known for their aggressive live shows juxtaposed with beautifully textured music and thought-provoking lyrics that explore the human experience. With heavy, driving riffs and powerful vocals, Tzarina is poised to become one of the most exciting acts coming up in the NYC area. Their self-titled debut album is to be released Dec 2022.


Kings and Liars (8:30-9:15)
Gritty, grimy, chugging and swerving with a sometimes nasty little groove, heavy in a time with a definite need for that, and proving that “metal” can be both that and be melodic. Pulling from a pure love of metal and larger doses of 90’s grunge rock, Kings and Liars moves past the “rock” ear tag and drives their sound forward with the volume up and the pedal flat. After years of touring as utility members in bands (JASTA, Kingdom of Sorrow and Toxic Holocaust), Charlie Bellmore, Nick Bellmore, Chris Beaudette had the desire give a nod to their influences but not re-hash them.