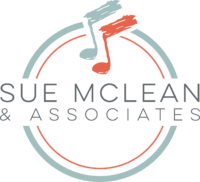 This Music & Storyteller Session will be in two parts. In the first set, Paul will be joined in conversation with music journalist Andrea Swensson, who will also moderate some questions from the audience. In the second set, Paul will play solo, as well as be joined by his longtime musical compatriots Sonny Earl and Mari Harris.

Paul Metsa is a legendary musician and has been called "the other great folk singer from Minnesota's Mesabi Iron Range." He has played over 5,000 professional gigs, has won eight MN Music Awards, released 12 original recording projects played at and produced hundreds of benefits, and hosts a weekly radio and television show. He is celebrating his new book Alphabet Jazz- Poetry, Prose, Stories, and Songs. It is a collection of work that was written between 1984-2022. He describes it as "my valentine to the City of Minneapolis, where over 40 years I found inspiration and friendship in every corner of town." His autobiography Blue Guitar Highway (U of MN Press 2011) will be re-released in paperback in the Spring of 2023, as well as Blood in the Tracks: The Minnesota Musicians Behind Dylan's Masterpiece that he co-wrote with Rick Shefchik which will also be released by the U of MN Press this Spring.

Andrea Swensson is an author, podcast host, and music journalist in Minneapolis. She is currently a Senior Researcher and Producer for The Prince Estate and hosts the Official Prince Podcast. She has contributed music journalism to numerous publications including NPR Music, Pitchfork, The Minneapolis Star Tribune, City Pages, and The Current, where she previously hosted The Local Show. Her first book, Got to Be Something Here: The Rise of the Minneapolis Sound, was released in October 2017 by the University of Minnesota Press and honored with a Minnesota Book Award in Minnesota Nonfiction.