NOEL FREIDLINE (Bandleader/Piano)
Pianist, vocalist, writer, arranger and educator, doesn’t come close to all things Noel Freidline! As a Magna Cum Laude graduate of the University of North Florida, with a BA in Music, Noel has been the bandleader of The Noel Freidline Quintet for over 26 years. He has numerous recordings to his credit, and has performed at jazz festivals from the Jacksonville Jazz Festival (FL)…to the Montreux Jazz Festival (Switzerland)…not to mention, a 3-year stint at the world famous Bellagio in Las Vegas, as the house band, leading his NFQ, where he performed for actress Julia Robert’s surprise 35th birthday party.

Noel was named Best Jazz Musician by Charlotte Magazine in 2006 and in 2009 and was named “Best Musical Director”, by the Metrolina Theatre Association of the Carolinas. In 2011 Freidline was chosen for the Blumenthal Performing Arts Association - Center Stage Award (Charlotte, NC), in recognition of his excellence in service to the arts. And in May, 2015, Noel Freidline was inducted into the Jacksonville Jazz Hall of Fame.

MARIA HOWELL (Vocals)
For over 35 years, this petite NC native, who splits her time between both the east coast and the west coast, has developed her career as a singer, actor, and voiceover artist. Her debut acting role was the choir soloist in the Oscar Nominated film, “The Color Purple”. She has gone on to appear in hit TV shows as Lifetime’s “Army Wives”, NBC’s “Revolution”, and CBS’s “Criminal Minds”. Feature films…“The Blind Side”, “Hidden Figures”, and “The Hunger Games: Catching Fire”. As a song stylist, Maria has shared the musical stage with legendary artists as, Nancy Wilson, George Benson, Ray Charles, Earl Klugh, brothers Ronnie and Hubert Laws, and veteran actor/singer, Keith David.

Join Noel & Maria and special guest Adrian Crutchfield as they celebrate what the world needs now: Love, Sweet Love.  The best of the love songs, from classics to contemporary. 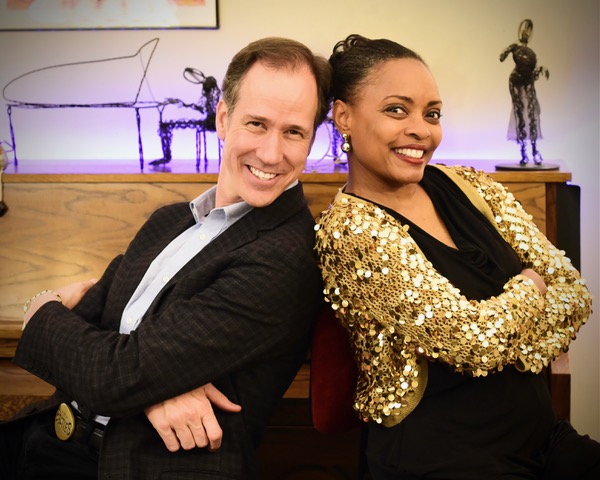