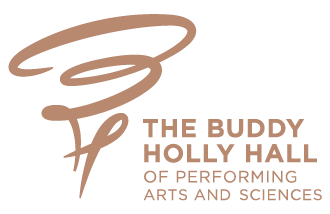 “Pink Martini is a rollicking around-the-world musical adventure… if the United Nations had a house band in 1962, hopefully we’d be that band.” – Thomas Lauderdale, bandleader/pianist

Featuring a dozen musicians, with songs in 25 languages, Pink Martini performs its multilingual repertoire on concert stages on six continents. After making its European debut at the Cannes Film Festival in 1997 and its orchestral debut with the Oregon Symphony in 1998, the band has gone on to play with more than 50 orchestras around the world, including multiple engagements with the Los Angeles Philharmonic at the Hollywood Bowl, the Boston Pops, the National Symphony at the Kennedy Center, the San Francisco Symphony, the Cleveland Orchestra, and the BBC Concert Orchestra at Royal Albert Hall in London. In 2014, Pink Martini was inducted into both the Hollywood Bowl Hall of Fame and the Oregon Music Hall of Fame.

Pink Martini has released 11 studio albums on its own independent label Heinz Records (named after Lauderdale’s dog), selling over 3 million albums worldwide. In 2019, the band released two EPs featuring the vocals of Pink Martini’s newest members Jimmie Herrod and Edna Vazquez. Both vocalists have toured with the band for the past year and are officially part of the group with the release of Herrod’s EP Tomorrow and Vaquez’s Besame Mucho, both of which were co-produced by Thomas Lauderdale and China Forbes.

All patrons, regardless of age, must have a ticket for admission, including children and infants carried in arms. Strollers are not allowed in the building.
There are no refunds or exchanges of tickets purchased.
Scalpers and ticket brokers are not recognized ticketing agents by The Buddy Holly Hall.
Please do not bring cameras, tablets and audio/visual recording devices, selfie sticks, tripods & monopods.  As a courtesy to our guests and performers, do not take cell phone photos or videos.
Guest may bring a clear bag (12″ x 6″x 12″ maximum size) and/or a small clutch bag (4.5" x 6.5") to the venue. Exceptions for medically necessary items are allowed after proper inspection by security staff.