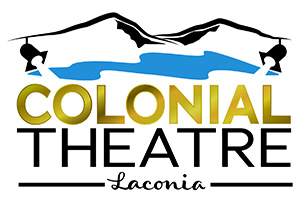 
Jimmy Dunn is an actor and comedian who is most recognized from the CBS sitcom The McCarthys, where he co-starred as Sean McCarthy. Boston Sports fans know Jimmy from his many appearances on NESN (The New England Sports Network). He was the co-host of Fan Attic, a classic sports highlight show for the Bruins and Red Sox, and wrote and hosted "The Traveling Fan" segments on the Red Sox Pre-Game Show. He was also the wise-cracking voice of Sox Appeal, the Emmy award-winning dating show that took place inside Boston’s Fenway Park.

Ken Rogerson, “The funniest man you’ve never heard of,” started his comedy career working the Chicago club circuit and at the famed Second City. After touring with the improvisational troupe The Comedy Rangers, Ken moved East and became a central part of the historic ‘80’s Boston comedy scene of the as documented in the film When Stand Up Stood Out. There, he honed his standup act to a fine edge “…sharp enough to cut the head off a rabbit at thirty yards.”  Still rocking it, Ken is now all over the internet, where you’ll find clips from his Dry Bar special, Way North of 40 which total over a million views, and he can also be heard on Sirius XM, Pandora, and Spotify as part of The Best of Boston Vol II alongside some of Boston’s best!

Mike Donovan has long been one of the most creative and funniest headliners in the country. The South Boston native works the top clubs in Las Vegas and Atlantic City, and has been featured on The NESN Comedy All-Stars, ESPN’s SportsCenter, Fox’s Best Damn Sports Show Period, and the Showtime network. He was featured in the documentary When Standup Stood Out. He’s also authored a series of American history books, available at Amazon.com and at the show.

Kathe Farris is a Boston-based stay-at-home mom, stand-up comedian, and snack cake enthusiast. She hit the comedy scene a little late in life with a different point of view and killer material. After becoming a Comic-in-Residence at The Comedy Studio and a finalist in the Boston Comedy Festival, she recently recorded her national debut with a Dry Bar Comedy Special.

Rafi Gonzalez is a stand-up comedian from Puerto Rico known for his conversational style and material that centers around his experiences with American culture. Originally finding success as the lead singer of a nationally touring rock band, Gonzalez switched gears in 2015 and exploded onto the New England and Boston comedy scenes. There has been no looking back since.