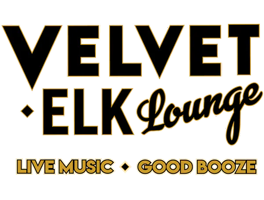 Just as much an easygoing trip with Gram Parsons into the desert as a mad dash with the Grateful Dead away from the law, Roscoe’s Dream is the purest distillation yet of the distinct Mapache sound, which has been brewing for many years now. Finch and Blasucci first met as students at La Cañada High School, just north of Los Angeles: “There wasn’t much supervision or anything,” remembers Blasucci. “It was really nice. And we got to just play guitars together.”

The two stayed friends through their college years—Finch went to Chico State and Blasucci spent two years as a missionary in Mexico—and eventually they ended up back in L.A., spending their days playing guitar together once again, just like old times. Working with producer/engineer Dan Horne (Cass McCombs, Allah-Lahs), they recorded two albums of originals (2017’s Mapache and 2020’s From Liberty Street) as well an album of covers, 2021’s 3. Often trading solos, and occasionally switching from English to Spanish, Finch and Blasucci are now a well-oiled machine

(21+) Velvet Elk Lounge does not allow minors - No Exceptions