“Weird Al” Yankovic burst onto the scene over three decades ago and never looked back.  For the second time in his storied career, the world’s foremost musical satirist and five-time Grammy winner foregoes his usual high-octane, big-production show for an intimate evening of music, focusing on original (non-parody) songs from his 14-album catalog.  Marking his highly anticipated return to the concert stage after his hugely successful Strings Attached Tour in 2019 where Weird Al performed each night alongside a full symphony orchestra, this is a rare opportunity to get up-close and personal with this legendary performer.

Legendary comedian Emo Philips has performed over 7000 stand-up comedy shows across the globe, including a two-week theater run in London’s West End. Career highlights include his acclaimed comedy album E=MO Squared and the hour-long HBO special Emo Philips Live at the Hasty Pudding Theatre. Emo is especially proud, however, of when he got to demonstrate the proper use of a table saw to Weird Al in the film UHF. 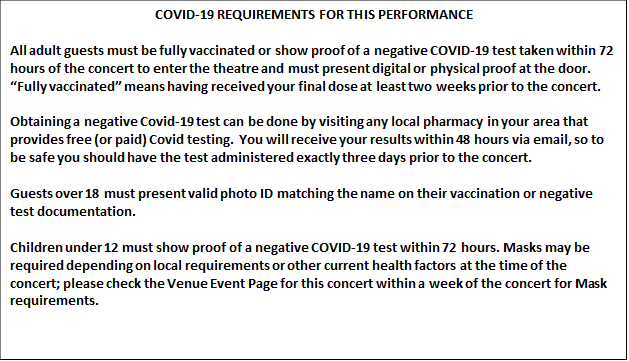