XAVIER GORDON
WEBSITE
For more than a decade, Xavier Gordon has been an all-around entertainer in the music industry. Pianist, songwriter, producer and jazz artist are just some of the musical titles he has developed since his start playing piano at the age of eight and his debut into the live music scene in Atlanta, GA in 2008.

Born in Conyers, GA, he grew up in a musical family full of singers and musicians and quickly became immersed into the rhythmic sounds and powerful music found in church. This influence can be heard in his music even today.

In 2009, an opportunity to sit in with the Lincoln Jazz Orchestra turned into an amazing showcase of his talent and a scholarship to study jazz performance. In addition to his childhood classical training, he became formally trained in jazz while obtaining a Bachelor’s Degree in Jazz Studies from Georgia State University.

After graduating, he pushed his musical skills to the next level by entering into the Los Angeles music scene. The city of dreams and stars propelled Xavier into dynamic music collaborations and opportunities to play with artists like Jennifer Hudson, Jamie Foxx, John Legend and many more.

He has produced music for artists like Angie Stone, Puff Daddy and Musiq Soulchild, for which he earned a Grammy nomination in 2018. And in 2019, he recorded a single where he plays alongside jazz greats Norman Brown and Kirk Whalum.

These experiences led to an evolution in his own artistry, and now, he is prepared to unveil a musical project of a lifetime: Excellence. Excellence, Xavier Gordon’s innovative and feel-good jazz EP released July 2, 2021 and debuted at #2 on the Itunes Charts. 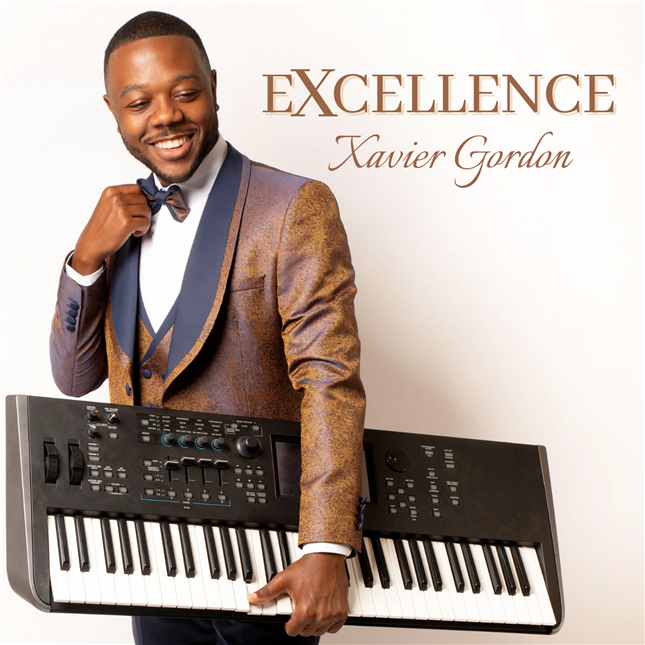