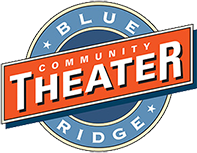 The Montreal native and long time Florida resident has been living, recording and performing in Nashville since 2014 and recently released a single “In The Light” that did very well at radio, reaching #1 for three weeks at WAVE.fm. The song features a punchy horn arrangement by Tim Akers (Tim Akers and the Smoking Section). More recently in 2020 Les teamed with legendary producer and recording artist Paul Brown for a new recording project. Sessions at Paul’s Funky Joint studio in Los Angeles resulted in a single release “Keep Pushin”, co-written by Paul, Les and Lew Laing. The release has been well received at radio including frequent rotation on SiriusXM Watercolors and Music Choice. Les and Paul continued to collaborate throughout the year with Paul producing a ten track CD, “Tranquility” , released in January 2021!
Learn more at lessabler.net

Continue Shopping
Not On Sale