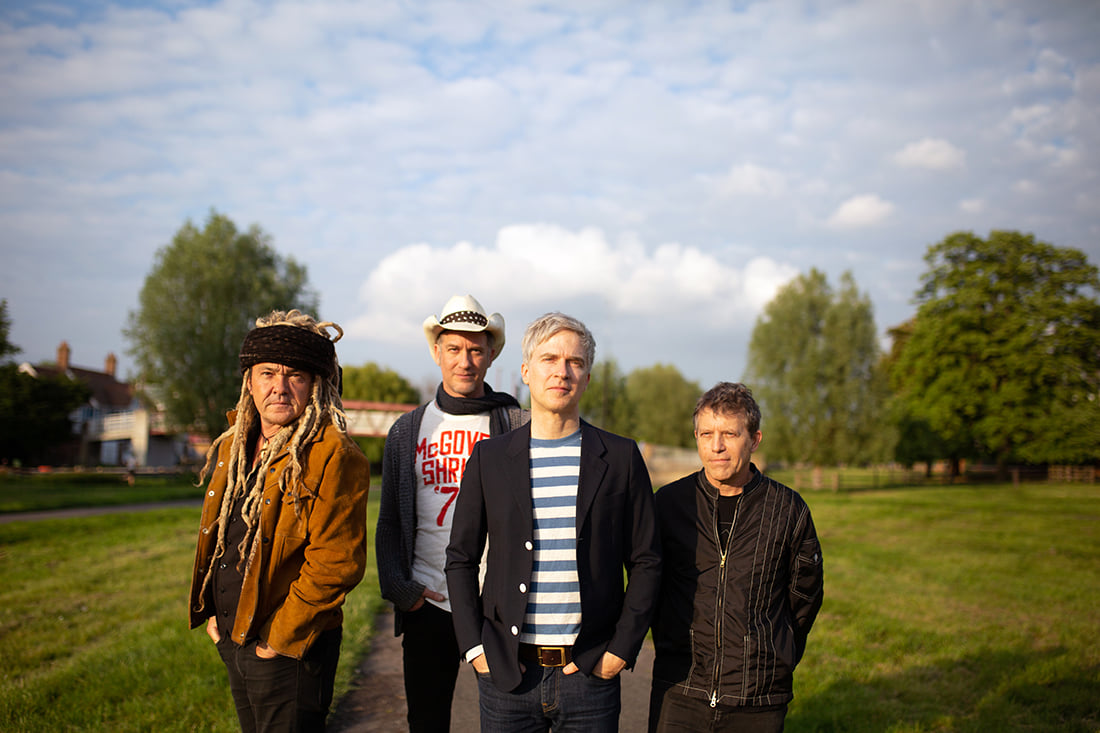 With their ninth studio album, Nada Surf—Matthew Caws, Daniel Lorca, Ira Elliot, and their longtime friend and collaborator Louie Lino—continue pursuing their humanistic vision of the world through hooky, catchy rock songs with sharply drawn, yet tenderly felt lyrics. Never Not Together, out on TK DATE, is a wide-ranging collection of songs that revel in the group's ability to evoke and reflect grand and intricately wrought emotions, whether through sweeping guitar solos or hushed-whisper vocals.

Pop Pom Squad: Brooklyn based Quiet Grrrl Punk. Mia Berrin first played under the moniker Pom Pom Squad in 2015 after moving to New York to study acting at NYU—though she soon transferred to the Clive Davis Institute of Recorded Music—and it was at those early gigs that she linked up with Shelby Keller (drums), Mari Alé Figeman (bass), and Alex Mercuri (guitar). The group cut their teeth playing packed Brooklyn apartments, but they quickly graduated to packed Brooklyn venues alongside artists like Soccer Mommy, Adult Mom, and Pronoun. Following the release of their sophomore EP Ow, Pom Pom Squad was looking at a packed 2020, with shows at SXSW and opening for The Front Bottoms—but of course, plans changed.