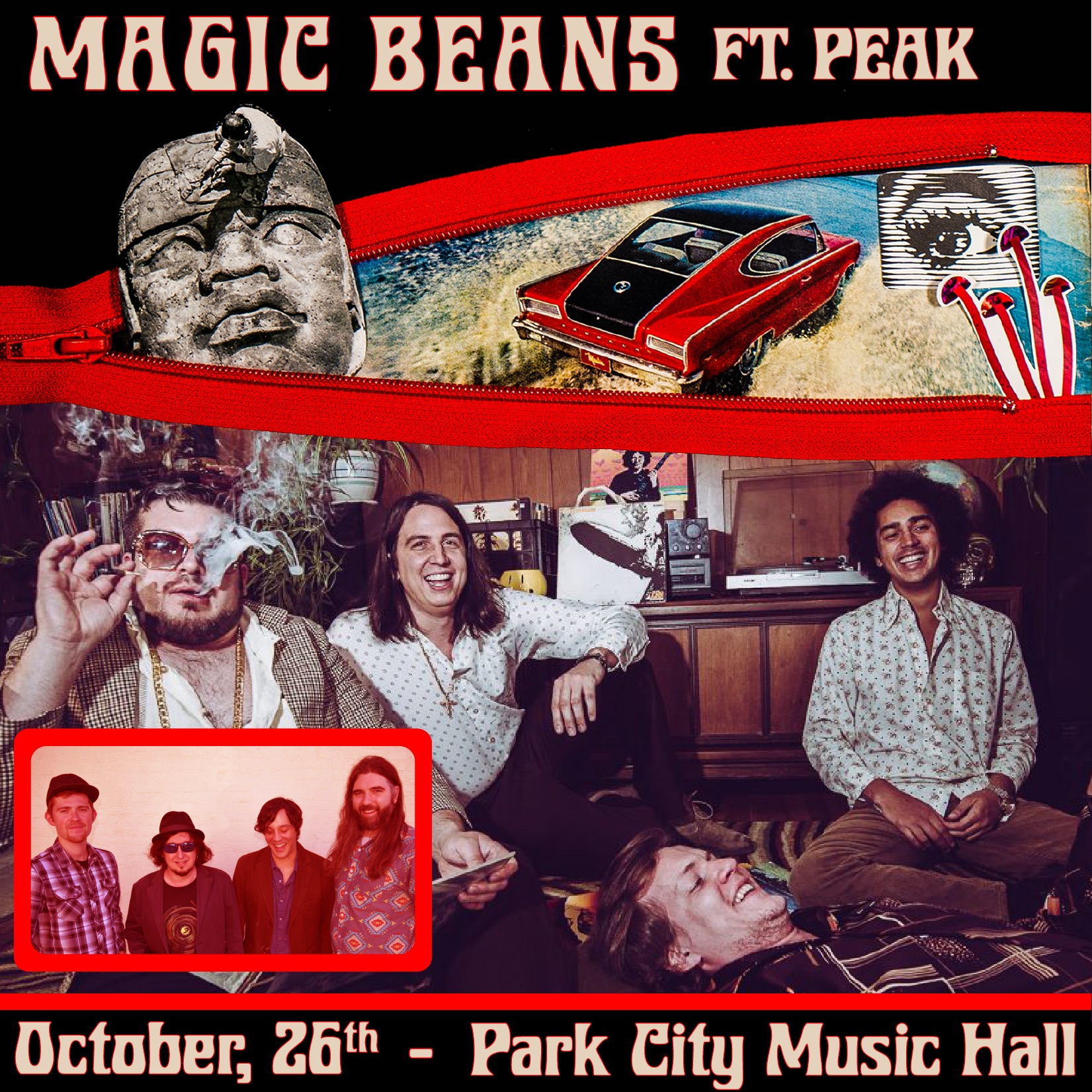 Magic Beans have steadily built upon their national notoriety in a short period of time with a distinguishable sound that is uniquely their own. Hailing from Denver, the band’s combo of funk/soul/rock has quickly set themselves apart from the pack as one of the state’s premier acts. Magic Beans use analog and vintage instrumentation to get a style that is both familiar but original. A B3 Organ here, a Wah guitar there - Vintage Synthesizers, and 808 drums (to name a few) make the music reminiscent of your favorite songs, while still sounding fresh. The Beans make music that moves your mind and body, with something for everyone from the audiophiles to the everyday music fan.

In late 2016 Brooklyn-based guitarist and songwriter Jeremy Hilliard began performing and touring under the name PEAK. In 2018, he released the now critically acclaimed debut album Electric Bouquet, produced by Dave Brandwein (Turkuaz). In 2019 the band took on a  life of its own as one by one some of the best musicians in the improv rock scene joined the group including Kito Bovenschulte (Particle) on drums, Josh T. Carter (Hayley Jane and The Primates) on bass, and newcomer extraordinaire Johnny Young on keys.  The group’s music, described as Psychedelic Indie Funk, is a mix of poetic, melodic songwriting, moody electrofunk, riffed-out blues-rock, and exploratory danceable improvisations. Some of their many influences include artists such as The Band, The Talking Heads, Phish, The Grateful Dead, Radiohead, James Brown, and Miles Davis, as well as modern songwriters such as Conor Oberst, Mac Demarco, Kurt Vile, and Jack White to name a few.
As (almost) always, Wednesday is Family Night at Park City Music Hall! This is free and will be from 5-7PM. If you want to stay for the show, the box office will open at 7PM for Magic Beans.