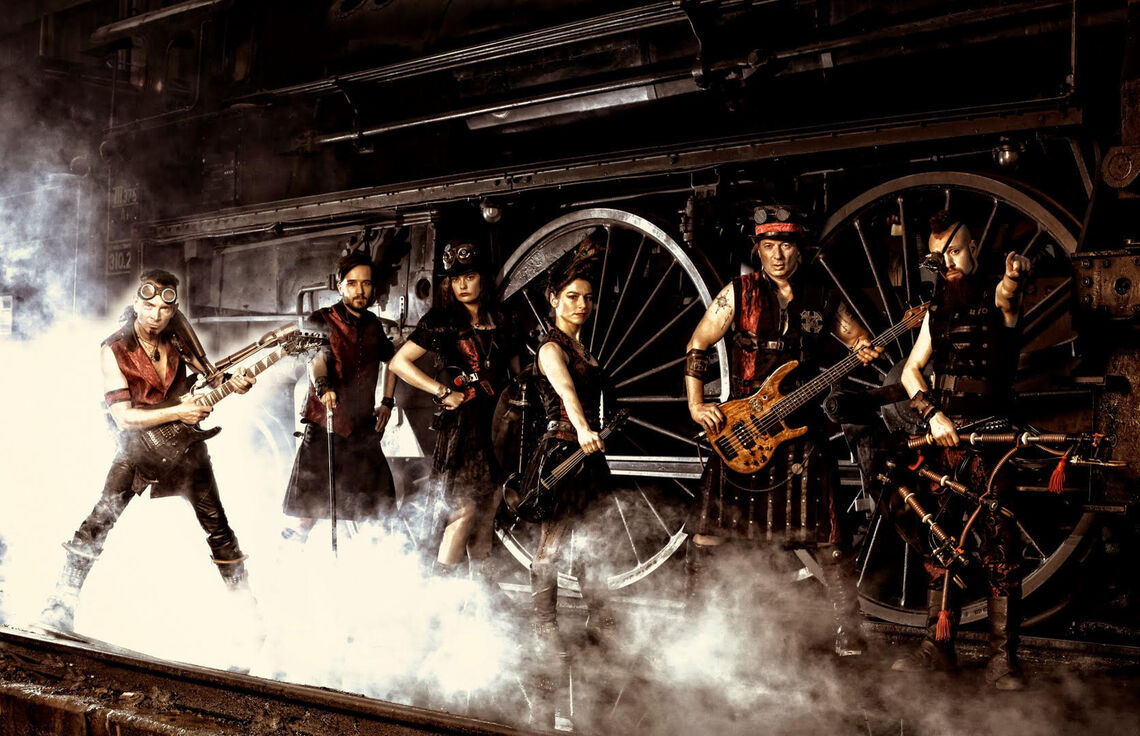 CELTICA – The majestic sound of the Great Highland Bagpipe soars above a powerful rock band, the masterly played violin expands the unique style with symphonic-epic melodies. Influences of Irish Folk, Symphonic Metal and Scottish tradition merge with the energetic Celtic Rock music, full of lust of life. This sound, as international as the musicians - hailing from Scotland, USA, Bulgaria and Austria - and the spectacular show guarantee a concert no one will ever forget. Fiery torches on the bagpipes and burning drumsticks, thundering against huge drums, create a captivating atmosphere; flames, shooting out of the instruments, entertain audiences worldwide. That’s why Celtica is one of the most booked acts at Celtic, Scottish, Steampunk, and Medieval festivals. Celtica conquered their fans by storm at more than 450 performances in Europe - from the legendary Wacken-Festival in northern Germany to southern Spain, and at numerous US- and Canada- tours from New York to San Francisco, from Florida up New England, from Alaska to Hawaii. Their music videos inspire 6 million viewers on Youtube, and still counting.