Lyle Divinsky (previously of The Motet) 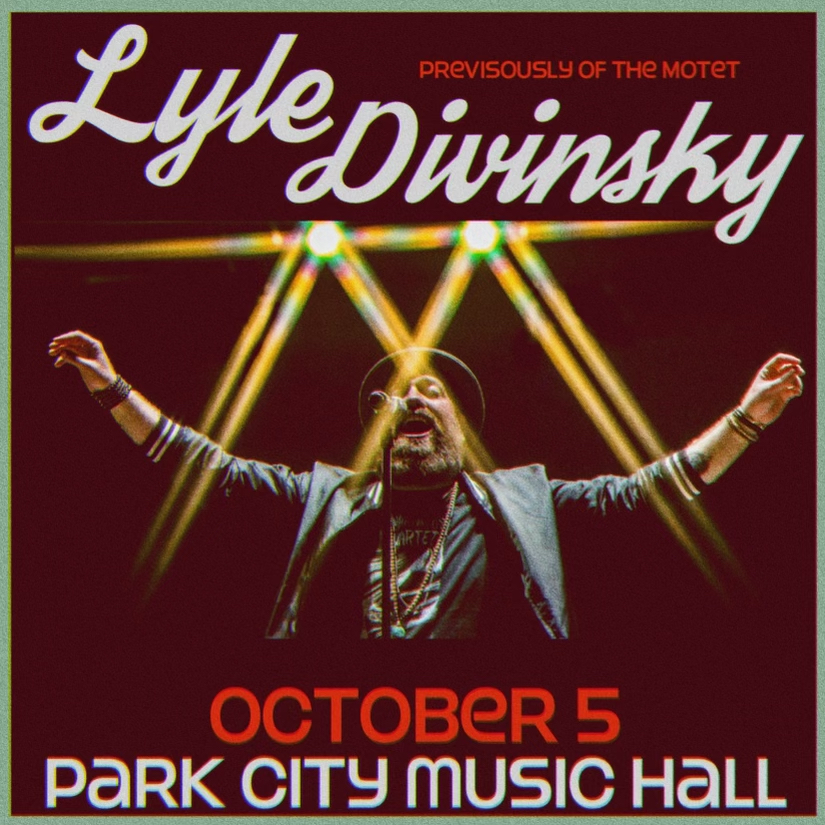 Lyle Divinsky is one of those unlikely success stories.  Raised in Portland, ME, he then cut his teeth underground playing in the New York City subways for 5 years before his self-released album, Uneven Floors, launched him into ears around the globe - reaching number 2 on the UK Soul Charts within weeks alongside radio play in the US, Europe, Asia, and Africa.

Soon after... he was picked up by the Colorado funk powerhouse, The Motet, which took him to some of the biggest and most historic stages and festivals in the country, from Red Rocks and Madison Square Garden to the legendary Tipitina’s in New Orleans and The Fillmore in San Francisco. He truly has taken his music from Subways to Stadiums.

After 5 years, 2 studio albums, 2 live albums, and over 600 shows with The Motet, he’s getting back to his roots, and coming to a stage near YOU!

As (almost) always, Wednesday is Family Night at Park City Music Hall! This is free and will be from 5-7PM. If you want to stay for the show, the Box Office will open at 7PM for Lyle Divinsky!