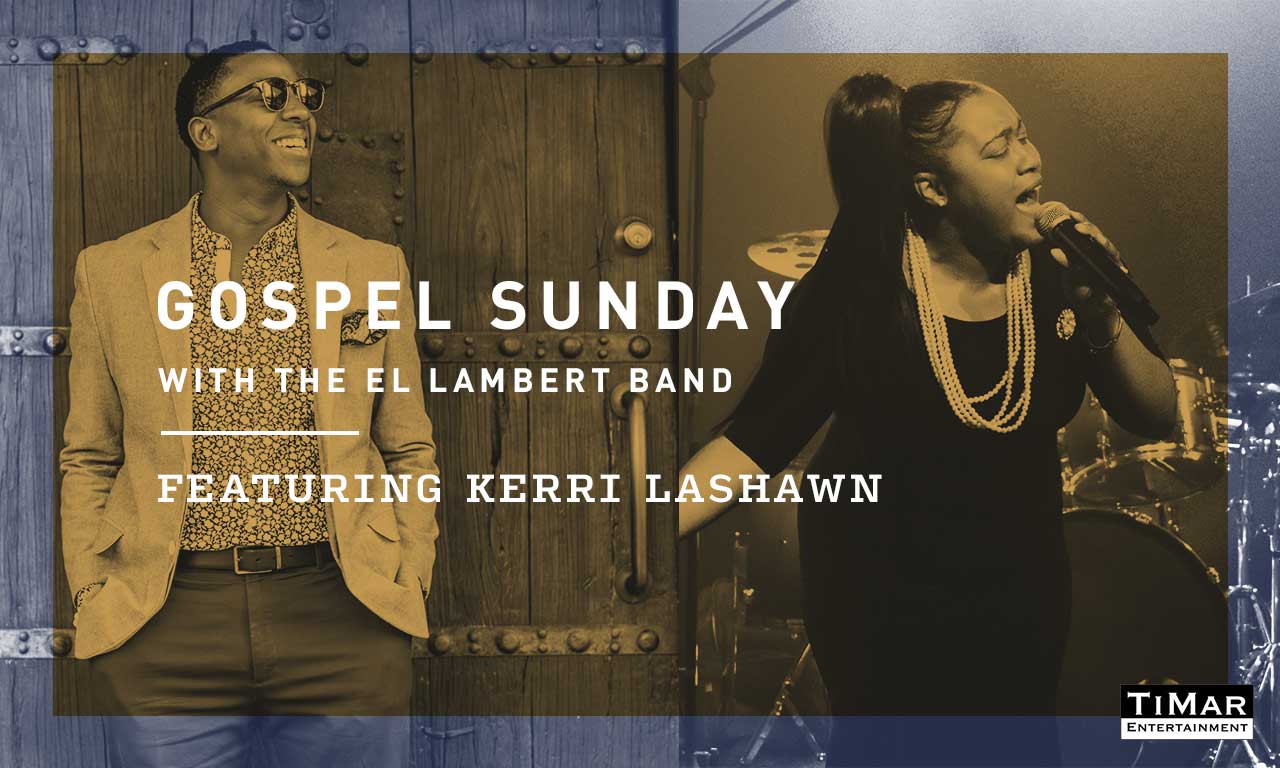 Fuel your body and move your soul! With classic gospel playlists and live gospel performances featuring Kerri LaShawn. Be prepared to feast on inspirational music that will surely move your body and fuel your soul.

Kerri LaShawn
Born in The Bronx, NY, Kerri LaShawn was born to be on stage. Having shown a great degree of charisma from an early age when she led her first song with The Rosebuds Children’s Choir, to going on to sing and travel with the Voorhees College Concert Choir she had always been at home with a microphone in her hand.

Since relocating to Charlotte in 2008, Kerri has become a force in the city performing with a number of party bands including The Company Band, Right To Party, Straight Fire and Sol Fusion, with whom she performed for the Carolina Panthers’ 2016 Fan Fest. She was also featured on the television show “The World’s Greatest Tribute Bands” with the band, Natural Wonder.

With all the performing she has done across the country, nothing compares to singing gospel. Whether it’s leading worship at her church True Life Fellowship Church, singing background on recordings for Elevation Worship or in her quiet time alone, she is a worshiper at heart and she’s honored to be sharing her gifts with Middle C.

El Lambert
ARTrepreneur, El Lambert is a professional performer, accomplished musician, event curator, and creative consultant from Martinsburg, West Virginia. Raised as the son of a Pastor, El (whose real name is Ellis) began studying music and performance at the age of 5 and by the time he was 14, he was the Music Director of the entire church. Also at the age of 14, El started his first company! He would contract himself locally as a Singer, Pianist, Producer, and Songwriter for local artists and churches. It was also in high school where he was selected for All-State Chorus and won multiple awards as a performer for various Show Choir Competitions.

In 2017, El relocated to Charlotte, North Carolina with a mission to “Build a sustainable ecosystem for Creative Entrepreneurs to live, grow, and expand their businesses and careers.” In just 2 years, El’s businesses have grown tremendously and he’s performed in almost 500 shows in this region for tens of thousands of people! He spends much of his time consulting, training, and teaching creatives and business owners how to maximize their opportunities both on and offline. El is passionate about entrepreneurship and creatively generating revenue and in April 2020, he became the founder of “Communities In Concert,” a partnership with the city of Charlotte, Music Everywhere, and AvidXchange to combat the financial strain on local musicians, bands, and performers! He believes that if we help each other we can all #ELevate and Achieve together!