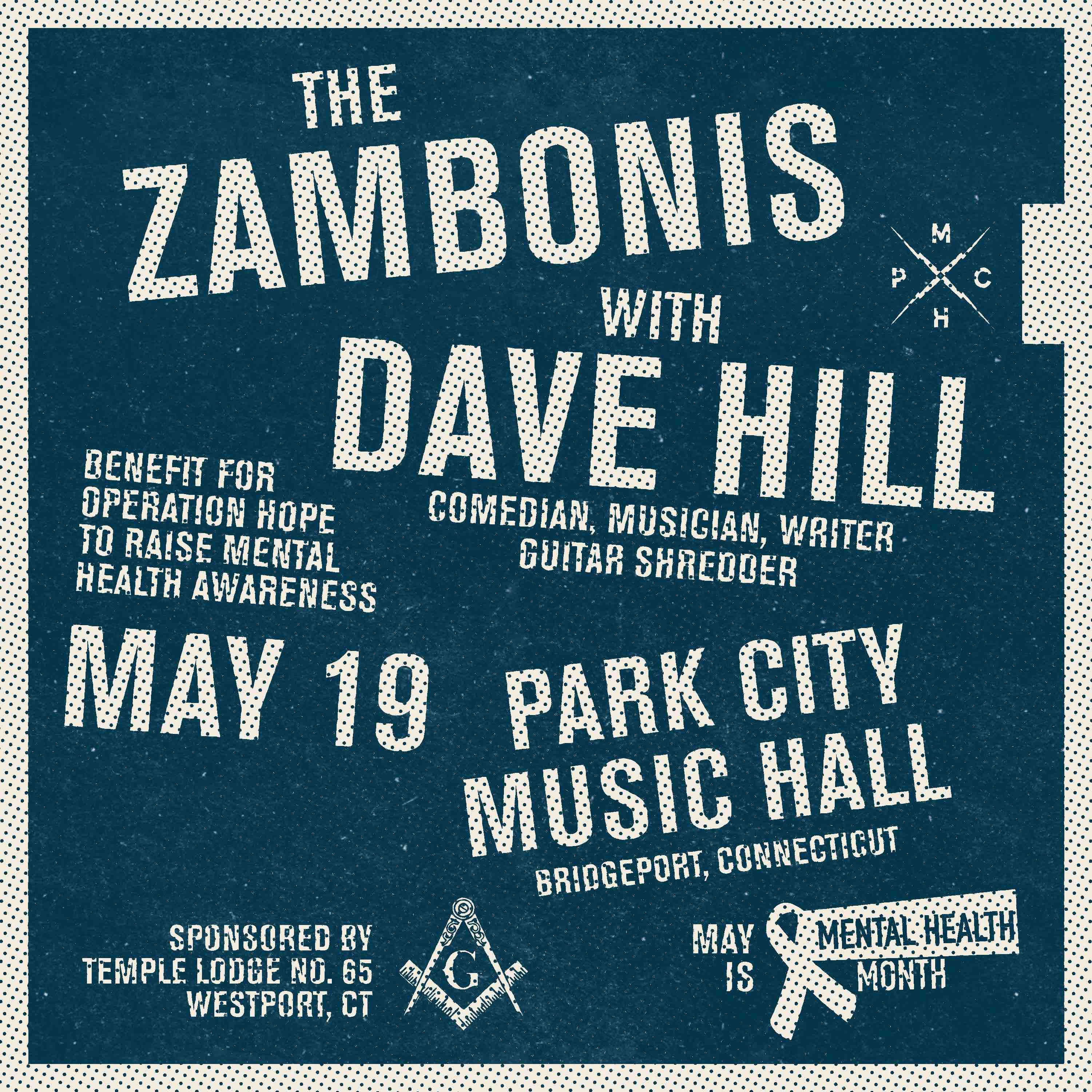 A unique night of comedy and music from The Zambonis and comedian Dave Hill. All proceeds from the event will be donated to Operation Hope to help raise mental health awareness.

The Zambonis are a Connecticut-based indie rock band formed in 1991 by musicians Dave Schneider (The LeeVees), Peter Katis, Jon Aley, and Tarquin Katis. The Zambonis write songs exclusively about ice hockey. Schneider says of the band's musical style: “We’re the only band in the world whose two biggest influences are The Beatles and Wayne Gretzky!”