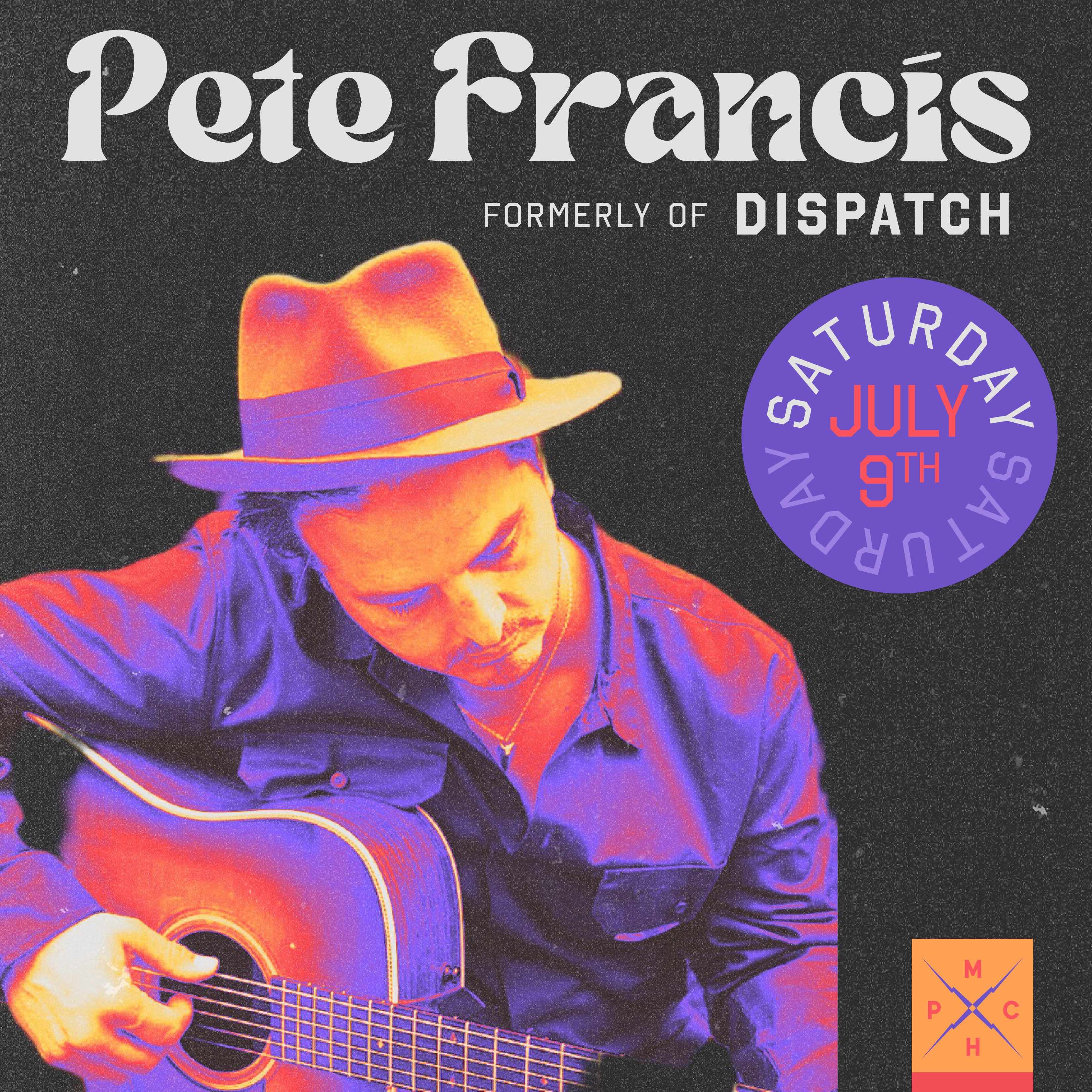 Pete Francis is a songwriter, producer and multi-instrumentalist. In 1995, he founded the band Dispatch, who became the first ever independent band to sell out Madison Square Garden. They went on to tour through other major venues across the country, including Red Rocks, TD Garden, and The Greek Theaters in both San Francisco and LA. Over the course of their career, they have also brought their live show to audiences in Europe and Australia. Pete has released eight solo records and has toured with such diverse acts as Ziggy Marley, Blues Traveler, and G Love and Special Sauce. One of his favorite gigs was on stage in Sun Valley, Idaho shredding guitar riffs with Steve Miller on “Fly Like An Eagle.”

This show will include special guest J-$WAG GENERAL

Cheyenne Elliott has had a series of R&B/Soul hits in her young career and she recently embraced her
love for country music as well. She has been collaborating with some of the best singer/songwriters in
Nashville including Billy Ray Cyrus and Eric Pasley. She is also working with mega country songwriters
including Hilary Lindsay (Faith Hill, Tim McGraw, Lady A, Martina McBride, Gary Allen, Luke Bryan) and
Paslay (Keith Urban, Lady A, Amy Grant), with whom she co-wrote one of the gems for the forthcoming
EP, entitled “Country Heart.” Cheyenne will travel to Nashville in the summer to finish recording and
finalize her EP.