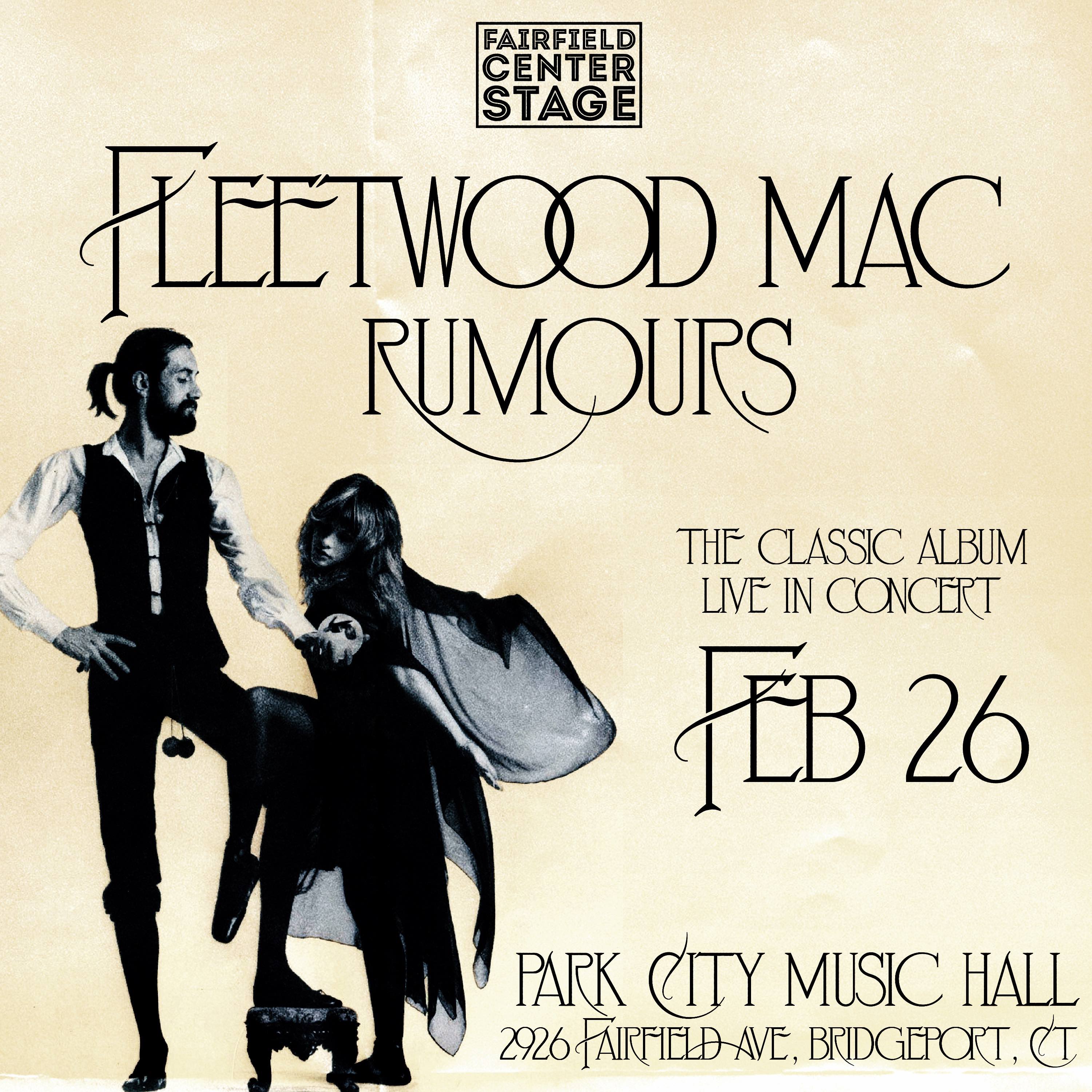 Following the success of previous album-in-concerts Stevie Wonder’s “Songs in the Key of Life,” Queen's “A Night at the Opera,” David Bowie’s “Ziggy Stardust…”, and Pink Floyd’s “Dark Side of the Moon,” musicians from local community theatre group Fairfield Center Stage will recreate Fleetwood Mac’s classic album “Rumours”, featuring a rotating cast of singers and a 5-piece band performing the classic album in its entirety. Featuring songs “Dreams”, “Gold Dust Woman”, “Go Your Own Way”, and many more. The one-night-only concert will be presented at Park City Music Hal (food menu & full bar available).

About the album:
Upon its release on February 4, 1977, “Rumours” reached number one on US and UK charts. The songs “Dreams”, “Go You Own Way”, “Don’t Stop” and “You Make Loving Fun” were released as singles, all of which placed in the top 10 on US charts. “Rumours” was critically acclaimed for its brilliant lyrics and stunning harmonies, provided by the interchanging dominance of three talented vocalists. The album was named Album of the Year at the 1978 Grammy awards and maintains its position as the eleventh highest-selling record of all time, with over 40 million copies sold. As of “Rolling Stones”’ 2020 ranking of the 500 greatest albums of all time, Fleetwood Mac’s “Rumours” falls at number seven.