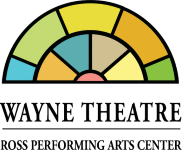 Gerald Dickens is a great great grandson of the author Charles Dickens.  He has worked as an actor, director and producer for many years.

In 1993 he created his first one-man show, a theatrical performance of A Christmas Carol inspired by Charles’ own energetic readings of the 1860s.

A fascination with the life and works of his subject led him to write and direct further one-man shows including Mr. Dickens is Coming!, Nicholas Nickleby and Sketches by Boz.  He regularly performs in major theatres and arts centers as well as at hotels and stately homes.  He has appeared at several arts and literary festivals in the UK and has been entertaining cruise ship passengers worldwide since 2007.

In 2012, as part of the Charles Dickens bicentennial celebrations, Gerald met the Queen of England during a special reception at Buckingham Palace

Gerald enjoys introducing the works of Charles Dickens to children and young adults, and has taken workshops and performances into schools, colleges and universities both in the UK and the USA.

He has recorded his one-man dramatization of A Christmas Carol and it has been regularly broadcast on radio.  His television work has included various appearances on features and documentaries for BBC, ITV and Channel 4.  Gerald is now in the process of recording unabridged versions of the complete works of Gerald Dickens, the first four of which are already available to download.

A fee of $6 will be added to all tickets at the time of purchase.  ($3 for the Historic Preservation of the Wayne and $3 for Ticket Handling) Thank you!