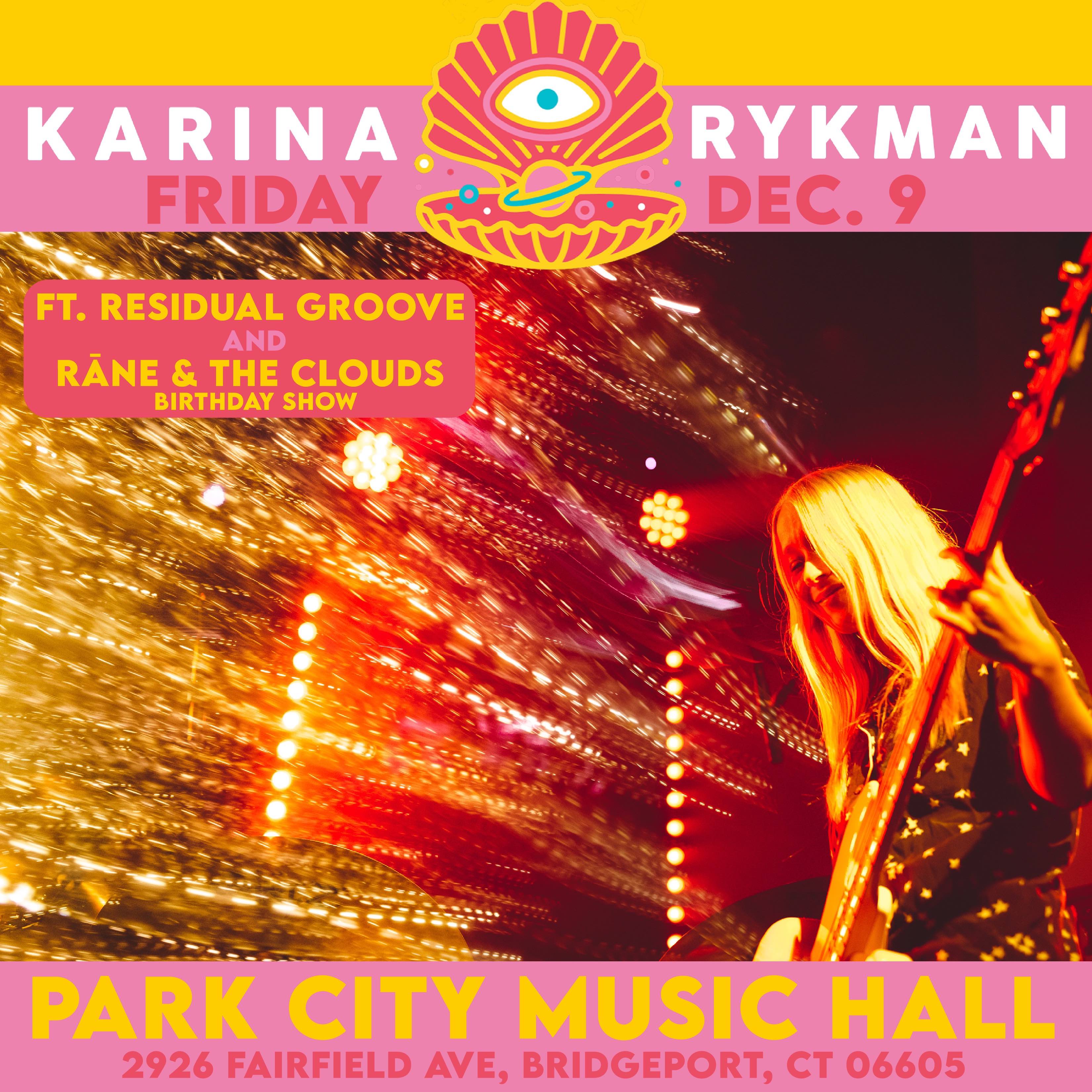 Karina Rykman plays bass, sings, jumps around, and laughs a lot. In doing so, she has garnered rare attention and avid listenership. Straddling the worlds of jam rock and indie pop drenched in psychedelia, Karina’s effervescent presence comes to life in musical form. With only six singles released, Karina has built a reputation as an unmissable live act. Her debut single “Plants” reached over a million streams, with the other singles not far behind. She can hardly contain herself about her yet-to-be-released studio record, as the best is truly yet to come.

Karina’s power trio sounds larger than the sum of their parts. With Adam November (Guitar/Loopers/Effects) and Chris Corsico (Drums), Karina has headlined clubs across America, bringing her rapturous unbridled energy to her reciprocally passionate fans. Prestigious opening slots include supporting Khruangbin at the Capitol Theatre, and the Infamous Stringdusters at Red Rocks. With the panache to win over any crowd, Karina’s show has taken over major festivals such as Bonnaroo, Peach Music Festival, Sweetwater 420 Fest, and more.

In 2016, Karina joined Marco Benevento's band on bass. With Benevento, she’s opened for Vulfpeck, Dispatch, The Claypool Lennon Delirium, Guster, and many more. We’d be remiss to exclude her television appearances on The Today Show, America’s Got Talent, a feature on ABC7, and most recently, in the 8G Band on Late Night with Seth Meyers.

Opening the show is RĀNE & the Clouds, followed by Residual Groove.