The Hip Abduction with Coyote Island 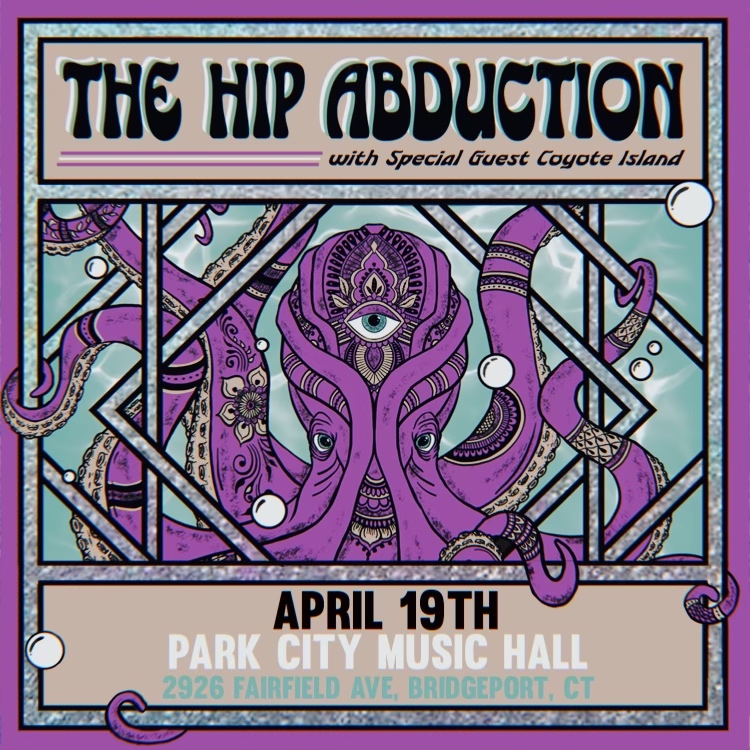 Evoking the ocean and guided by the spirit of travel, The Hip Abduction pilot a sonic expedition past genre barriers. The band is the moniker for singer/songwriter David New who writes and produces music in between travel excursions and touring. Live shows morph into a versatile musical ensemble consisting of Matt Poynter (drums), Chris Powers (bass), Justino Walker (guitar, vocals, ngoni), and Cody Moore (keys, sax); each of whom have a mutual appreciation for African (Afrobeat/Soukous/Malian Blues), Reggae, and American (jam/electronic/indie) music. Since 2012, the band has played almost every noteworthy music festival in the country, has landed major TV/Movie syncs and Sirius Xm radio spins, have ~400k mo listeners on Spotify, have provided direct cross country tour support for artists like Dirty Heads, Galactic, Slightly Stoopid, The Revivalists, and who’s highly energized live show have landed the 5-piece a sizable fanbase across the US and Canada.

Coyote Island is the musical vision of producer/songwriter and multi-instrumentalist, Mike O’Hehir. For many years Mike travelled the country with guitar in hand collecting sounds and ideas. Upon returning home to Maine, he began the process of pouring his heart into recordings. With roots in folk music, the sound quickly expanded into a new genre-bending realm of psychedelic indie. Mike assembled a band of brothers in order to capture the expansive soundscape in a live setting. From this, Coyote Island was born. With the release of their first hit single “Here Before”, the band quickly gained fans around the globe. Their live performance has been called both “electric” and “transportive”. With good vibrations, dancey grooves, and tropical psychedelia, Coyote Island offers you a sonic vacation from the doldrums of existence.