“Rising blues star Selwyn Birchwood is the real deal. Birchwood puts his own fresh spin on the blues, taking the tradition and making it into something new.” –Guitar World

“A skilled, energetic and original artist…His songwriting is observant, clever and pointed. His voice is smooth; his singing on target. His guitar fluency generates new licks and rhythmic surprises. Expectations have been high for Mr. Birchwood—and he lives up to them.” –Wall Street Journal

“I write and sing what I know,” says Birchwood, whose musical innovations are as expansive as his influences are deep. With Living In A Burning House, Selwyn Birchwood is looking forward to winning over thousands of new fans. “They say everything is better when it’s made with love,” says Birchwood. “That’s how we play our music and that’s how we made the new album. I want my audience to say, ‘I know exactly what that feels like,’ when a song hits them. Because that’s when it stops just being music and starts being medicine. After all, we are all stricken with the condition of being human.” 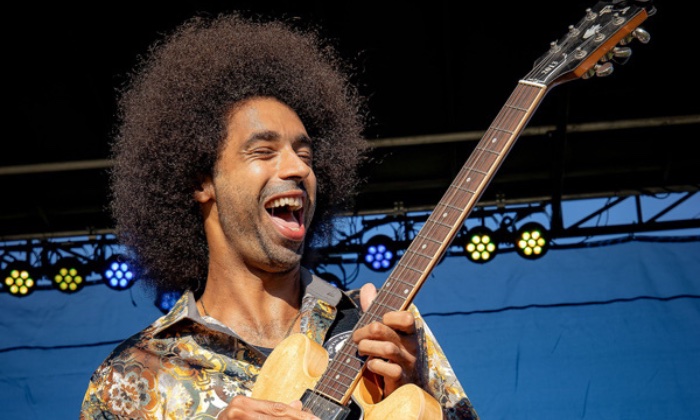