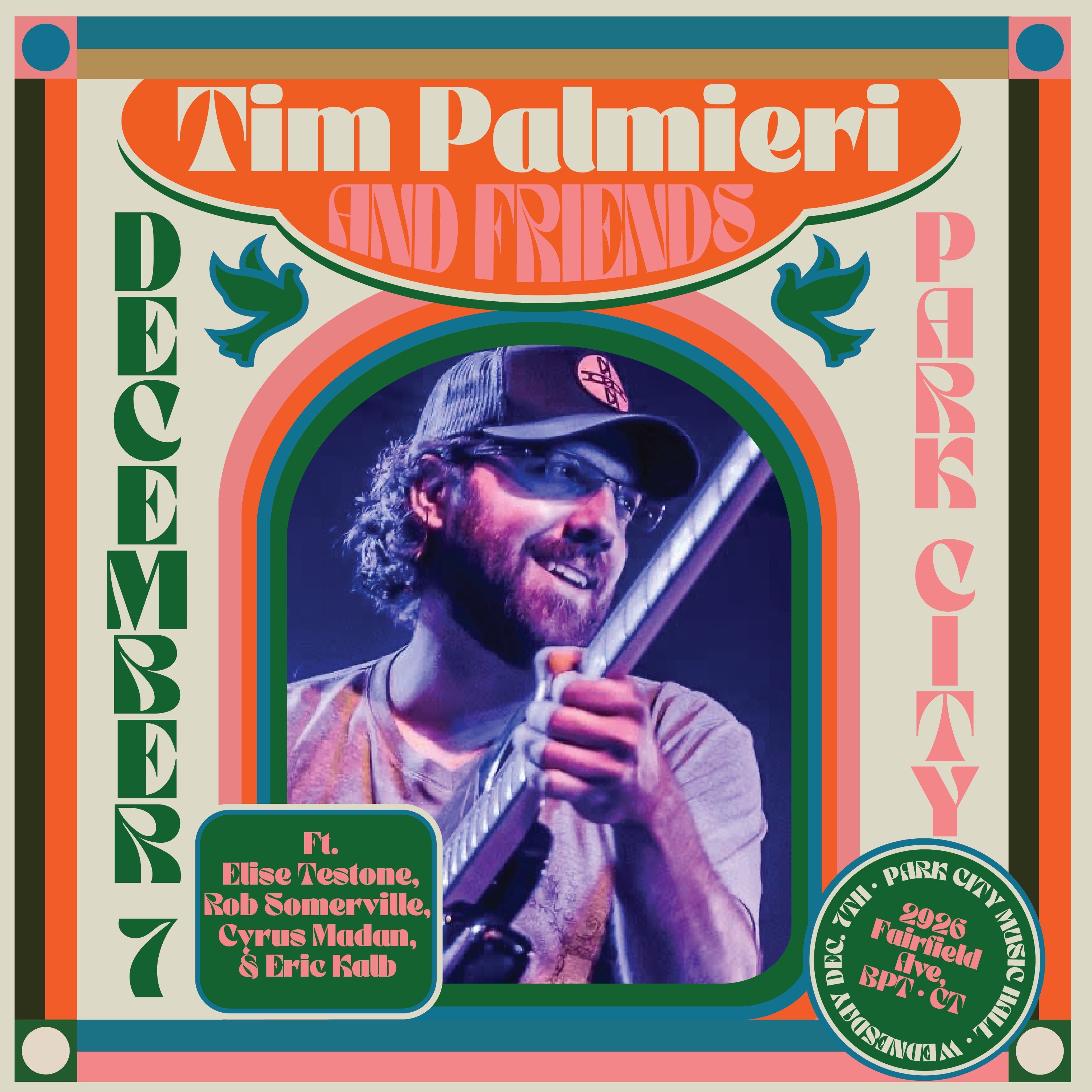 Tim Palmieri has made a name for himself as one of the most impressive guitarists on the national music scene today. His dynamic career has been enriched by touring with Lotus, Kung Fu, The Breakfast, internationally with The Z3, playing alongside artists such as Phish’s Mike Gordon and Jon Fishman, Oteil Burbridge, Snarky Puppy, Soulive, Umphrey’s McGee, Vic Wooten, Fareed Haque, Robbie Kreiger, Jeff Pevar, Stanley Jordan, Melvin Sparks, Karl Denson, Bill Evans, Ed Mann, Ike Willis, Stephen Perkins, Jon Harrington, Bernard Purdie, and teaching lessons in the New England area as well as nationally online.

Tim’s loyal following hails his strong presence in the jam scene on the East Coast, which he works tirelessly to maintain. Always growing as a solo performer, his solo acoustic shows are peppered with a mix of thoughtful originals, classic covers, and unexpected rarities, each of which he makes his own through a distinctive style of rhythmic looping.