Catie Curtis is a veteran on the singer/songwriter folk scene, crisscrossing the US for 20 years – and counting – performing shows, recording and releasing 13 CDs, with devoted fans following her every move. She’s performed at the White House several times, at two Presidential Inaugural Balls, with Lilith Fair, and at Carnegie Hall. The winner of more than her share of Boston Music Awards, she also took the Grand Prize in the 2006 International Songwriting Competition (out of 15,000 entries). Catie recorded a duet with Kris Kristofferson for his CD "The Austin Sessions” and there’s a good chance you’ve heard a song of hers in a movie or on a TV show. The New Yorker called Catie a "folk-rock goddess."

Maia Sharp:
Maia Sharp returns with Mercy Rising, her boldest, most confessional offering to date.  After living in the Los​​ Angeles metro area for most of her life, Maia moved to Nashville at the beginning of 2019, partly to be in an​ ​unapologetically songwriter centric town and partly as a personal life reboot.   She reflects, “In the last 2 years, just​ about everything that could have changed has changed and it feels now like those long walks outside of all of my​ comfort zones were heading toward this album.”   Maia has always managed to play all sides of the songwriting field. She has had her songs recorded by: Bonnie Raitt, The Chicks, Trisha Yearwood, Keb’ Mo’, Cher, Edwin McCain, Terri Clark, David Wilcox, Art Garfunkel, Lizz Wright, Paul Carrack, Lisa Loeb and more. She produced Edwin McCain's album Mercy Bound (429 Records) and two songs for Art Garfunkel's retrospective double album The Singer (Sony).  And through it all, Maia has​ continued to record her own albums.  She has eight solo releases (on Ark 21, Concord, KOCH, eOne, Blix Street and​ ​​ Crooked Crown respectively), a collaborative project with Art Garfunkel and Buddy Mondlock Everything Waits to​ be Noticed (EMI Manhattan) and a duo project called Roscoe & Etta with writing/production partner Anna Schulze.  Each release has led to extensive touring throughout the US and UK and appearances on Mountain Stage,​ Acoustic Cafe, World Cafe, NPR's ; All Things Considered; CBS Early Morning and the Today Show to name a few.​ Maia is also an adjunct professor at NYU for the Summer Songwriter Workshop and she has been writing​ for Songwriting with Soldiers since 2017 where active duty service members, veterans and/or their family​ members are paired with professional songwriters to share their experience and turn it into a song.​ Her new album, Mercy Rising, is out now to critical acclaim and features co-writes and guest appearances by​ Mindy Smith, Gabe Dixon, Noah Guthrie and P.J. Pacifico.
Get Tickets
$22.50
May
28 Sat 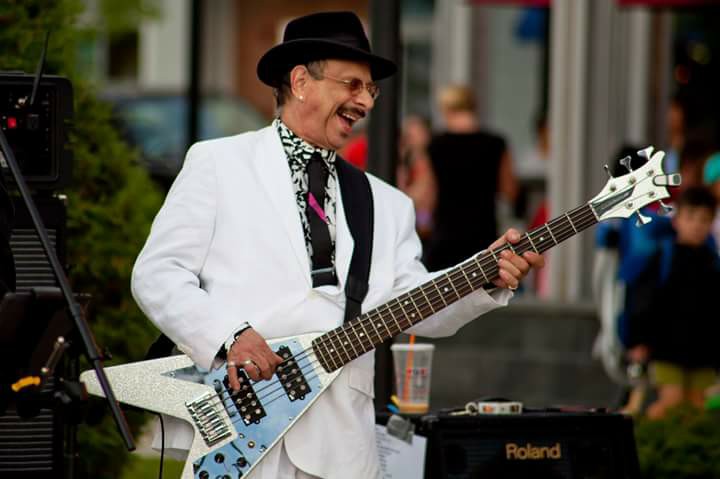 All J. Geils songs all the time, performed by the "Ace on Bass" himself, founding J. Geils Bassist Danny Klein performing all the original hits and more.

Warm as summer sunshine, real as the truth, intimate as a long overdue visit between old friends … such is a Jonathan Edwards concert.  Four decades into a stellar career of uncompromising musical integrity, the man simply delivers, night after night – songs of passion, songs of insight, songs of humor, all rendered in that pure and powerful tenor which, like fine wine, has only grown sweeter with age.

This is one veteran performer who is neither grizzled nor nostalgic.  These days Jonathan is likely to be found on the road. I’ve been…doing what I do best, which is playing live in front of people. I’ve been concentrating on that and loving it,” he says.

An artist who measures his success by his ability to attract and take good care of an audience for four decades, Jonathan maintains that it is the feedback he receives after his shows that keeps him going.  “It is really gratifying to hear [someone say], ‘Your stuff has meant a lot to me over the years.’”

The “stuff” he’s referring to is a highly respected repertoire that includes such classics as “Honky Tonk Stardust Cowboy,” “Sometimes,” “One Day Closer,” “Don’t Cry Blue,” “Emma,”  “Everybody Knows Her,” “Athens County,” and everyone’s favorite ode to putting a good buzz on, “Shanty.”  And then, of course, there’s the anthemic “Sunshine (Go Away Today),” that fierce proclamation of protest and independence that resonated with thousands and thousands of frustrated and angry young men and women when it was first released in 1971.  Almost 40 years later, at show after show, the song continues to be embraced by faithful followers and new fans alike.

Ellen Cogen's Ensemble replicates the sound  of Joni Mitchell's famed eclectic electric jazz group of the late 70's-80's.  As an educator, Ellen has taught middle school and high school, and is associate professor of music at Holyoke Community College and a visiting lecturer at Westfield State University. In addition to her choral direction at schools and colleges, she has led many church and community ensembles, and currently serves as director of music at Easthampton Congregational Church.

With special guest Ed Brainerd on trumpet and flugelhorn, Juke Joint Jazz plays their own hard-driving arrangements of the classic jazz repertoire. Featuring several accomplished soloists with influences ranging from Miles Davis to the Grateful Dead, from Monk to Funk, the band plays an eclectic mix of works. It has always seemed as if there were two Cheryl Wheelers, with fans of the New England songwriter relishing watching the two tussle for control of the mic. There is poet-Cheryl, writer of some of the prettiest, most alluring and intelligent ballads on the modern folk scene. And there is her evil twin, comic-Cheryl, a militant trend defier and savagely funny social critic. The result is a delightful contrast between poet and comic.
Get Tickets
$27.50
Jul
16 Sat

It has always seemed as if there were two Cheryl Wheelers, with fans of the New England songwriter relishing watching the two tussle for control of the mic. There is poet-Cheryl, writer of some of the prettiest, most alluring and intelligent ballads on the modern folk scene. And there is her evil twin, comic-Cheryl, a militant trend defier and savagely funny social critic. The result is a delightful contrast between poet and comic.
Get Tickets
$27.50
Jul
23 Sat

Pridefalls got its start in 2005 and have been performing in bars, clubs, and college venues throughout New England ever since. Pridefalls chose to focus their attention on writing and performing original music. With a belief that all great music begins with pure and honest lyrics, vocalists John Veit and Tim Cullinan deliver extremely personal perspectives to their songwriting. Their songs can be referred to as musical story-telling as they pull from past experiences of love, loss and life in general. At their purest form, the band's songs begin with a pen, paper and an acoustic guitar. The songs are brought to life with the remaining members of the band to develop the anthemic rock sound that Pridefalls is known for.  Veit (Vocals, Guitar) and Cullinan (Vocals, Guitar), are joined by fellow high-school alumni Steve Becker (Guitar, Keys), Sean Croteau (Drums) and Paul Dionne (Bass). Influenced by the likes of The Fray, OneRepublic and Incubus, the five piece band often weaves together harmonic vocal melodies with a wall of complementing guitars, keyboards and rock solid rhythm section to create an electric live show that shouldn’t be missed. Their LP, Heat, can be found on iTunes as well as most music streaming services. 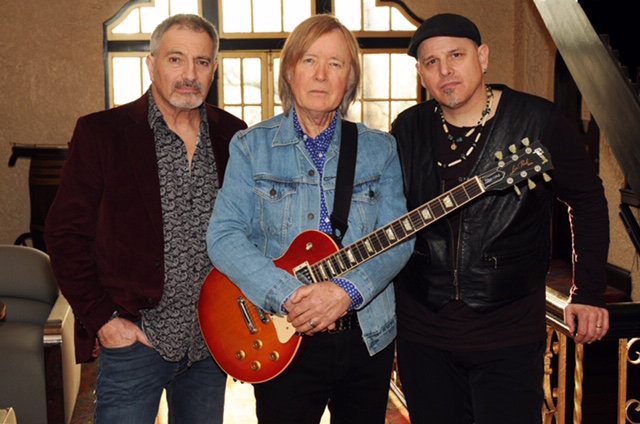 Savoy Brown was formed by guitarist Kim Simmonds in 1965 in London, England. Simmonds has been the group’s guiding hand from the first singles released in 1966 through the band’s newest effort, their fortieth album, to be released in 2019.

Energetic blues has been the calling card of the band from the beginning. “Blues rock” became the catch-all phrase in the late 1960s to describe the band’s music along with that of contemporaries such as Cream, Fleetwood Mac and Jimi Hendrix. In fact, in the 2013 drama film “Jimi Hendrix: All Is By My Side”, a Savoy Brown song co-written by Simmonds was included in the sound track.

Not On Sale
First Page Back Page: