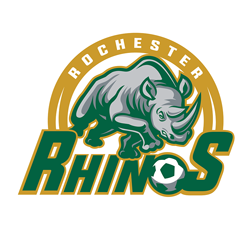 460 Oak St
Rochester, NY
United States
585-4543000
Email
The Rochester Rhinos, the most successful soccer club in the United States and Canada outside of Major League Soccer, were founded in 1996 and currently compete in the USL, the top tier of the United Soccer League.